We are teaming up with London Ambulance Service (LAS) to respond to life-threatening health emergencies in four of the capital's boroughs.

The new initiative, which will see our firefighters respond alongside LAS paramedics to around 28 emergencies a week in Merton, Wandsworth, Newham and Lambeth, launches today.

The four month trial will allow our fire crews, who already carry defibrillators, to respond alongside the ambulance service to a small number of people until a paramedic arrives on scene.

Under the trial, if a 999 call received into London Ambulance Service's control room meets a set criteria, both the Brigade and the LAS will be dispatched to the incident at the same time.

The criteria covers calls to patients whose condition is immediately life-threatening as a result of cardiac or respiratory arrest. 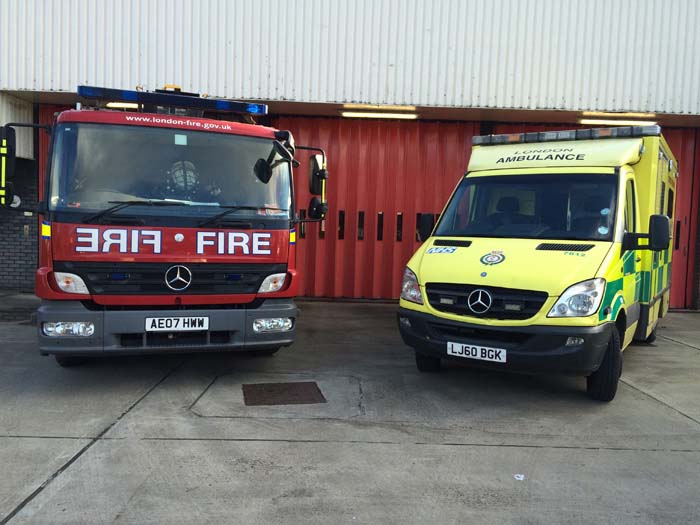 Gareth Bacon, Chairman of London Fire and Emergency Planning Authority, which runs London Fire Brigade, said: "As the number of fires and fire deaths continue to decline across London I'm delighted that firefighters can find new ways to use their excellent training and remarkable skill to help save even more lives.

"When it comes to treating someone in cardiac arrest, if firefighters are closest, it makes perfect sense that they should respond to improve the survival chances of those in need of rapid help."

'Fantastic opportunity for emergency services to work together'

Chris Hartley-Sharpe, Head of First Responders at the Service, said "Our ambulance crews are facing unprecedented demand, treating over 1,500 critically ill patients every day and a further 2,000 patients with less serious illnesses and injuries.

"This initiative is a fantastic opportunity for the emergency services to work together and share resources and help save even more lives across London.

"London's fire crews will respond to a small number of calls a week alongside our ambulance crews, which means that if they are in a closer proximity, they start basic life support until a skilled clinician arrives."

Chris Hartley-Sharpe continued: "We're committed to providing the best possible care for all of our patients and are always looking for new ways to improve patient outcomes.

"We know that around 32 per cent of people survive a cardiac arrest in a public place but, where there is a defibrillator and someone trained to use it, the chance of survival can increase to 80 per cent.

"The more people available to respond to these types of incidents, the better.” 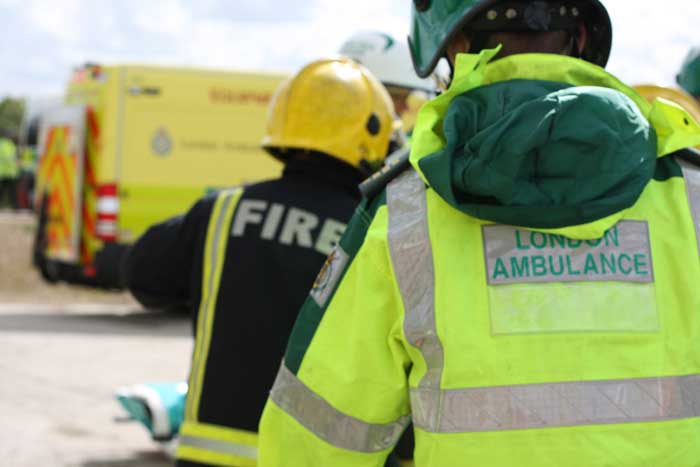 The trial is the latest in a number of initiatives supported by LAS to increase cardiac arrest survival rates in the capital.

The Metropolitan Police Service is already working together with LAS, which has seen 110 defibrillators added to police vehicles, allowing officers to respond alongside the ambulance service to people in cardiac arrest.

Last year, LAS launched a campaign which saw over 1,000 accredited defibrillators added to shops, gyms and businesses across London.

More recently, the Service embarked on an exciting new partnership with the internationally acclaimed GoodSAM app, in which clinically trained ambulance staff and members of the public trained to an approved standard are able to sign up as volunteers to respond to life-threatening emergency calls, including cardiac arrests.

The trial begins on Tuesday, 16 February in Merton and Newham, and on Wednesday, 24 February in Wandsworth and Lambeth.