LFB150 - The 29th anniversary of the King’s Cross fire

LFB150 - The 29th anniversary of the King’s Cross fire

As we celebrate our 150th anniversary we're looking back at some of the most significant and some of the more unusual incidents that have taken place since we were formed in 1866.

More than 150 firefighters and 30 fire engines tackled the blaze, which is thought to have started around 7:25pm, when a lit match fell through a gap on a wooden escalator and set fire to the grease and litter beneath the steps.

Although small to begin with, described by one firefighter as "about the size of a large cardboard box", the flames heated the framework and decking of the Piccadilly line escalator, pre-heating the rest of the wooden staircase before bursting into flames. 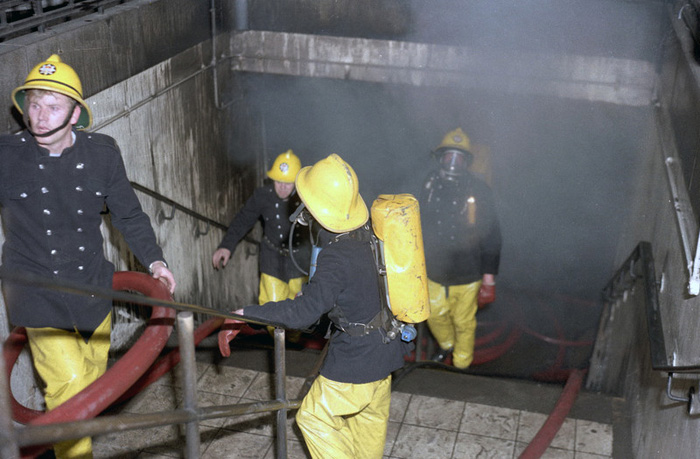 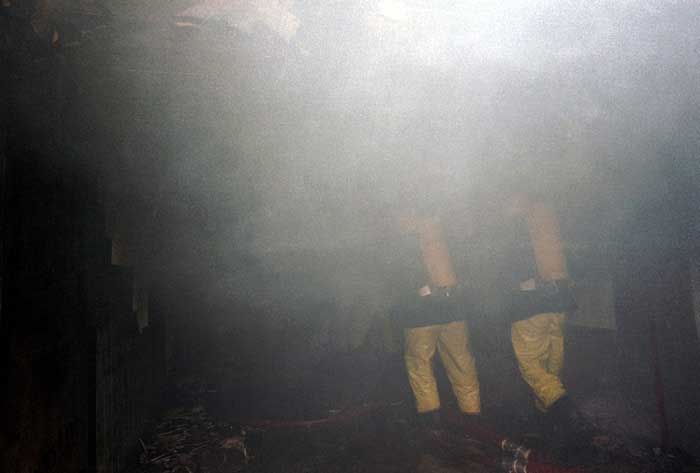 Investigators labelled this behaviour of the flames lying down in the escalator the 'trench effect'.

Many passengers escaped using an alternative escalator and all trains had been instructed not to stop at the station, however, the ticket hall was still busy with the last of the evening's rush hour crowd when the fireball erupted from the stairwell.

The time shown by the clock at the top of the escalator read 7:45pm – the exact moment when the flames burnt through its wiring.

'A large ball of flame'

In the inquiry into the tragedy, a British Transport Police officer, PC Stephen Hanson, who was badly burnt in the flashover, said: "A large ball of flame, which was about head height, hit the ceiling in the ticket hall…this was followed almost instantaneously by dense black smoke."

Among those caught up in the fireball was Soho's Station Officer Colin Townsley, who had entered the underground with a colleague, Temporary Sub-Officer Roger Bell, of Clerkenwell fire station, to assess the situation. 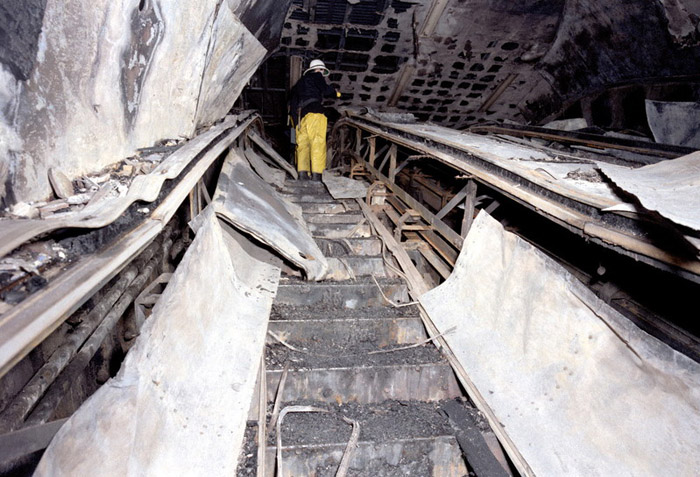 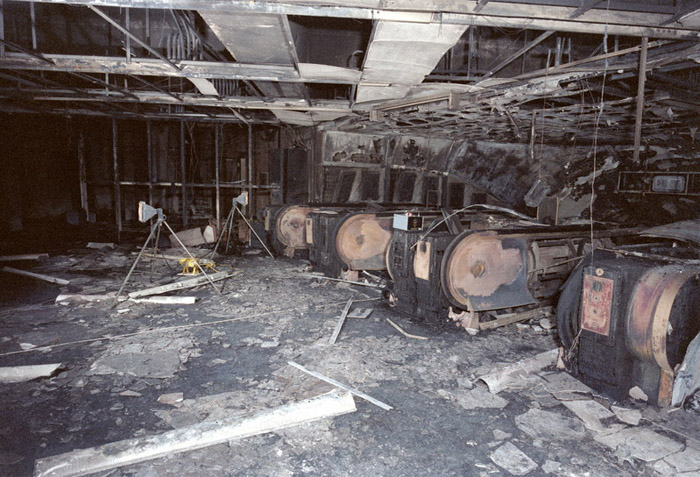 The blaze cracked concrete, stripped tiles from the walls and caused molten plastic to drip from the ceiling. The thick smoke engulfed the ticket hall, obscuring the exits and hampering rescue efforts.

The heat from the fire was so intense that firefighters tackling the blaze had to use their hoses to spray the backs of colleagues in a bid to keep the temperature bearable for brief periods.

Crews found the body of Station Officer Townsley beside the badly burned body of a passenger at the steps leading up to the Pancras Road entrance of the station.

Witnesses recalled seeing a firefighter wearing a white helmet just before the flashover telling passengers to get out.

The fire was under control at 9:48pm and was out at 01:46am on 19 November. Search and salvage operations continued throughout the night.

The public inquiry by Sir Desmond, published in November 1988, made 157 recommendations including:

At 10:00am today (18 November), crews held a service of remembrance, lay wreaths and perform a guard of honour at King's Cross station in memory of those who lost their lives 29 years ago. 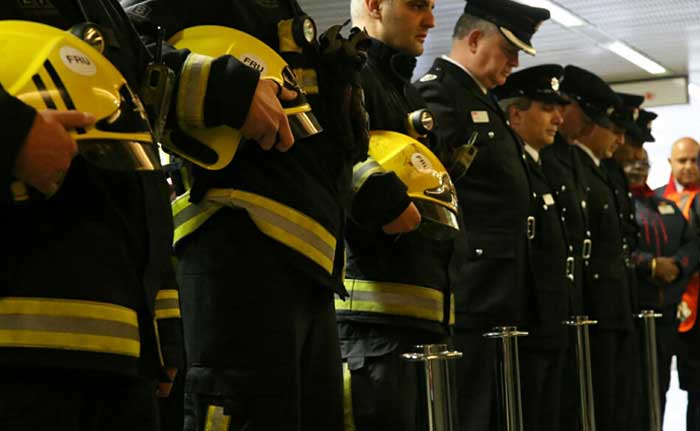 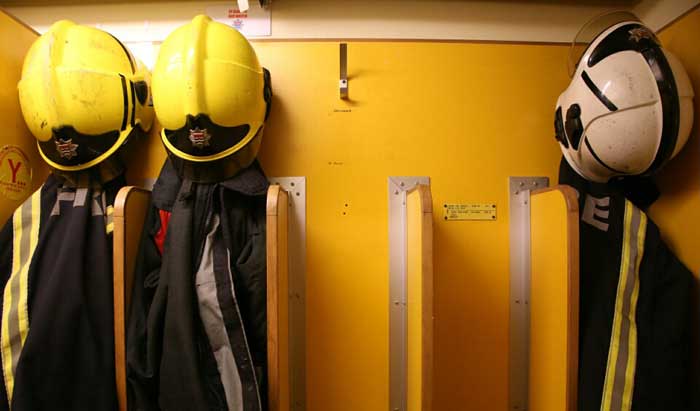