As we celebrate our 150th anniversary we're looking back at some of the most significant and some of the more unusual incidents that have taken place since we were formed in 1866.

Forty-five years ago today more than 300 firefighters tackled a blaze in an unoccupied refrigerated warehouse in one of the largest and most difficult peacetime fires in the Brigade's history.

The fire began at Wilson’s Wharf – now the home of Southwark Crown Court - on Battle Bridge Lane. Construction workers had been removing insulation from piping when it is thought sparks from their gas-powered cutting tools caused tape attached to the lagging to ignite.

The large, six-floor building had previously been used as a cold store and as a result had all the windows bricked up, creating an 'impenetrable windowless fortress'. This, combined with the size of the site and unusual layout, made gaining a foothold on fighting the fire far more difficult.

Attempts were made to try and break through the blocked windows by enlisting the help of two construction workers and a pneumatic drill, however, this had to be abandoned due to growing concerns the wall could collapse after cracks began to appear. 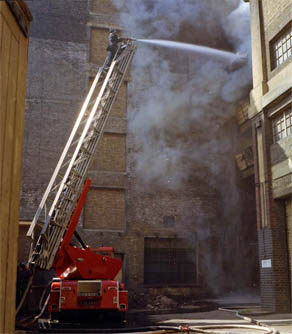 At its height, the plume of smoke pouring from the building could be seen across the capital, with reports of the smell of smoke received from as far afield as Bethnal Green and some underground stations in the City.

Around 5:12pm, on 9 August 1971, the call was made to increase the number of pumps to 50 in an effort to stop the fire spreading to nearby premises. 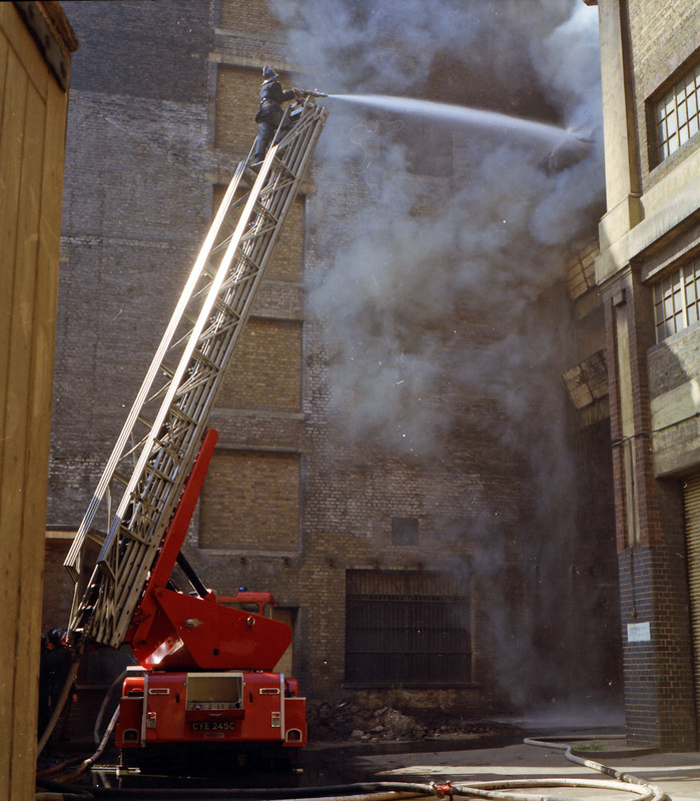 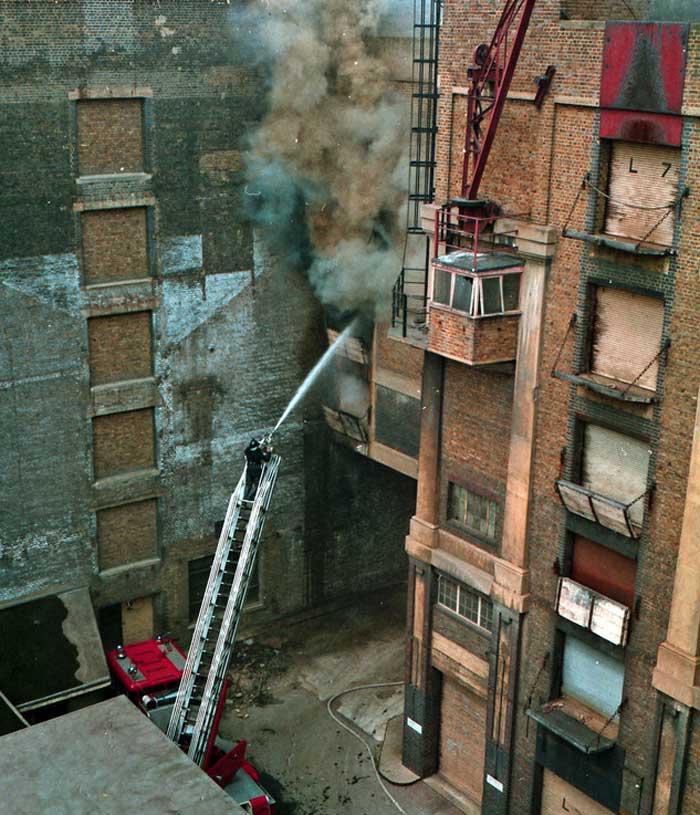 Liam Hackett was a firefighter based at Paddington fire station at the time and arrived as part of a relief crew.

"There was great difficulty trying to get in to the building," said Liam.

He was tasked with manning a radial branch, a piece of equipment designed to hold very large jets, and pour water through one of the hoist latches that overlooked the Thames.

Liam added: "The job was very smoky and acrid as you would expect and those of us that I could see were not wearing breathing apparatus.

"That was normal back then because we only carried three sets on the pumps, the pump escapes had none."

Three firefighters were injured before the fire was finally brought under control around 8:30pm. Crews remained on the scene until 11 August.

Combating the fire had required 20 jets, eight radial branches, one foam unit and 200 one-hour Proto breathing apparatus sets, using 315 cylinders. Almost 100 fire stations had been involved, either directly or indirectly, in the blaze and nearly all senior officers attended the fire at some stage. 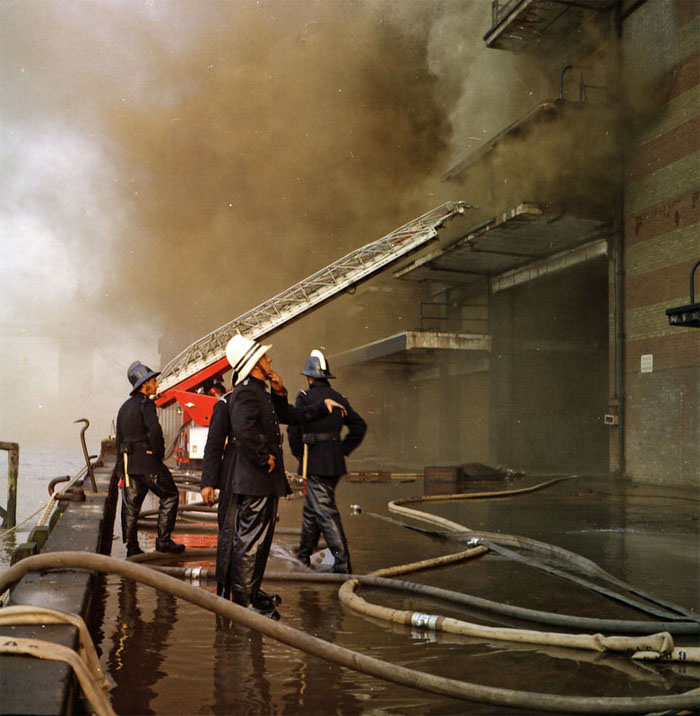 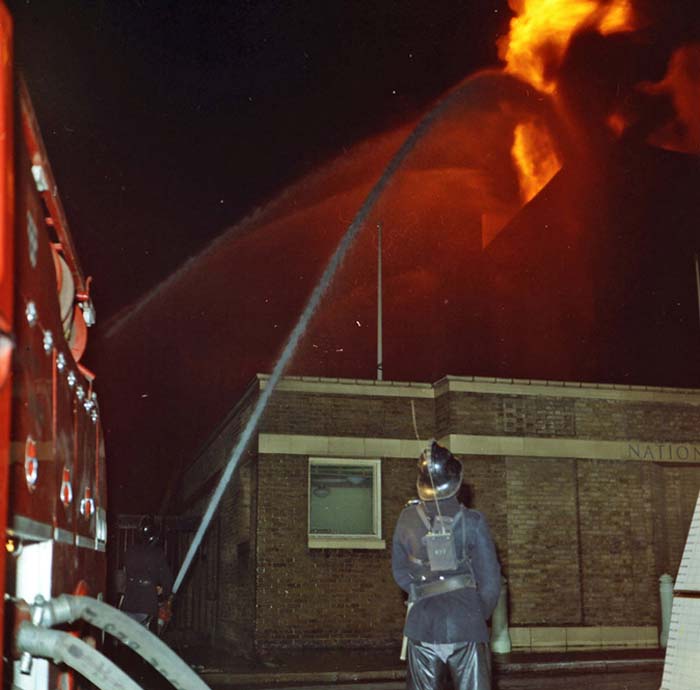 The blaze happened close to Tooley Street, which was the location where James Braidwood, the first Superintendent of the London Fire Engine Establishment, which would eventually become London Fire Brigade, was killed during a fire in 1861.

The Chief Fire Officer Joseph Milner sent a message of appreciation to all those involved in combating the blaze.

Many thanks to Dave Pike for sharing additional information regarding this incident.