London's new interim Fire Commissioner Dany Cotton took up her post from 1 January, becoming the first woman appointed to the role in our 151 year history.

Commissioner Cotton, who was previously the Brigade's Director of Safety and Assurance, took over from Ron Dobson who left the Brigade at the end of 2016 after 37 years of service.

Dany joined the Brigade at the age of 18 and since then has risen through the ranks to become one of the highest ranking women firefighters in Europe.

She was also the first woman to gain the rank of Station Officer and the first to be awarded the Queen's Fire Service medal in 2004.

'Proud to lead a dedicated workforce'

Dany said: "I'm delighted and proud to be leading such a dedicated and professional workforce at such an important time in the Brigade's history.

"Over the previous decade we have seen the number of fires in London reduce by half and I'm looking forward to building on this hard work, which thanks to our staff, has had such a positive impact on improving fire safety across the capital." 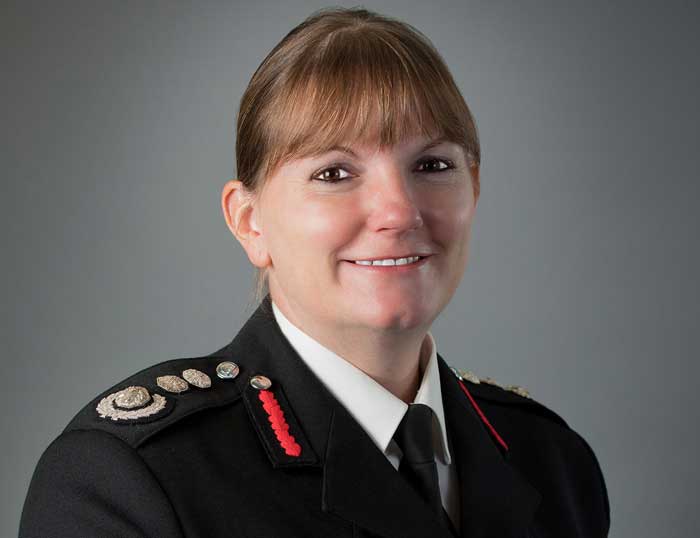 Commissioner Cotton takes over as the Brigade continues to consult with the public on its draft London Safety Plan, which outlines how we will continue to deliver a world class fire and rescue service over the next four years .

Key proposals include maintaining among the best response times in the UK, expanding our role at terrorist and flooding incidents, making the Brigade a more inclusive place to work and opening up our fire stations so they become an even greater part of the communities they serve.

New Commissioner urges Londoners to 'have their say'

Urging Londoners to have their say, Commissioner Cotton added: "As Interim Commissioner I'm committed to making sure that we remain ready and equipped to respond to the wide range of challenges and emergencies we face as a modern fire and rescue service serving a global city.

"To help ensure we are prepared for any emergency I would encourage all Londoners to have their say on how we do this by taking part in our consultation, either online or at one of the drop in events we are hosting across London."