A woman who made UK fire service history has been awarded the Queen's Fire Service Medal in Her Majesty's 90th birthday honours list.

Station Manager Sally Harper, who recently became part of the first mother and daughter team to serve as firefighters at the same time, has been recognised for her dedication to the fire and rescue service.

Since joining she has been at the forefront of changing attitudes towards women in the fire service and her award recognises the hard work Sally has done nationally to improve uniforms and policies to make the Brigade more inclusive.

Sally said: "I was completely surprised. Receiving the award this year is extra special as not only is it the Queen's 90th birthday it is also the 150th anniversary of the London Fire Brigade.

"The Brigade has progressed such a long way over my career and my daughter's experiences of the job is so much better than when I joined nearly 30 years ago.

"My locker was in a cupboard, which I had to go through the men's changing rooms to access. 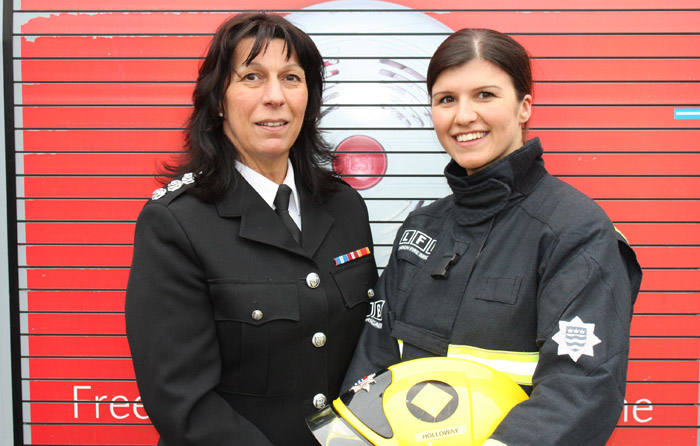 "After giving birth to my first daughter, Joanne, I was the first firefighter to come back to station after having a baby and attitudes towards women in the fire service were sometimes very challenging.

"It's so heartening to hear Katie's experience has been completely different and that everyone has welcomed her on the watch and been so supportive."

'Icing on the cake'

"I haven’t made these changes on my own but with great support we've changed attitudes and made the public and firefighters safer.

"It's incredible when you think how far we have come in the 150 years of London's fire service. I really love my job and this award is the icing on the cake.”

She said at the time: "Everyone has been so lovely and made me feel at home.

"I'm immensely proud of the work my mum and others have done for women in the fire service, which makes it a completely different experience to when she joined."

London Fire Commissioner Ron Dobson said: "I'm delighted that Sally has been recognised for her work, not only in London, but across the country in making the fire service more inclusive and accepting of women.

"As we celebrate the history of the London Fire Brigade this year it is fitting that one of the pioneers of women in the fire service has been rewarded by Her Majesty for her unwavering dedication to the job."