Firefighters are wishing one young woman a very Happy New Year and are hailing her bravery and courage that helped her survive a serious road traffic collision in July.

Molly Tarawally, 19, was involved in a serious crash on A406 near Colney Hatch Lane when a HGV pushed her car under a lorry in front.

Firefighters Lee and Ray met Molly again on Wednesday, 23 December at the Royal London Hospital to present her with a Borough Commander's Letter of Commendation for her bravery.

Staff from London Air Ambulance and police officers who attended the incident were also in attendance. 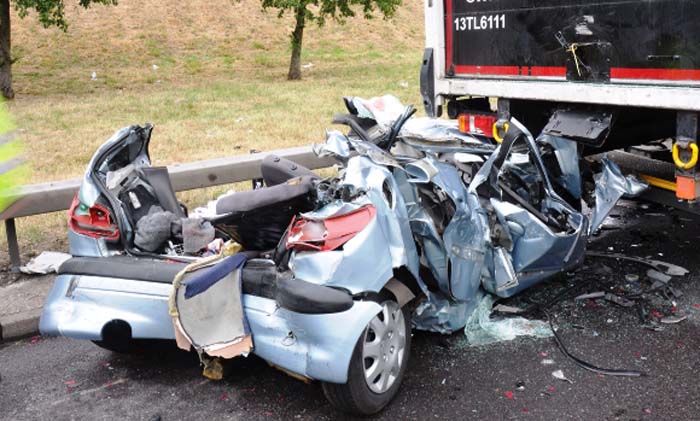 Crew Manager Lee Davies said: "Molly is a very bright, intelligent and softly spoken young lady who, on the day in question, showed immense bravery and courage while being trapped under an articulated lorry in her vehicle.

"She listened intently to our instructions and did everything that myself and Ray asked her to do as the crews worked outside to free her.

"Molly is a credit to her mother and father. It was a miracle that Molly survived and it was a pleasure for Ray and I to visit Molly at her home, which was the first time I have ever visited someone I have helped rescue in my 20 year career.

"I cannot forget to mention the crews that carried out this extrication on the day were absolutely outstanding, making it a very proud day for all of us."

Carolyn Tarawally, Molly's mother wrote a letter to the crews. It said: "We all say 'thank you' all the time; when we are given our change in a shop or when someone holds open a door for us.

"So to say 'thank you' to you and your rescue teams for what they did just doesn't get anywhere near how so very grateful and thankful we are to you for what you did to save our daughter's life.

"We understand it was a very tricky situation which took a lot of time, persistence, skill and determination to get her out.

"She remembers the name of your officer called Lee in particular, who we understand was with her for all of the time she was trapped, and we understand from the police that there were lots of other officers from Enfield and Islington stations as part of the whole team working together for her. 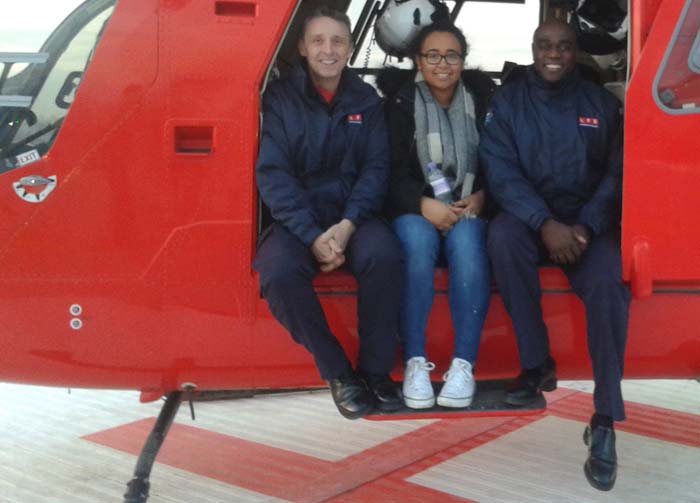 "Thank you to all of you.

"Molly was taken by the HEMS team to hospital, where she had two operations on her leg and face/hands, and was discharged home after 10 days.

"She will need further plastic surgery in due course but she's now making a slow but good recovery at home.

"It's going to delay her start at university this September but from the pictures we've seen of the accident, it's so hard to believe that her injuries were not worse than this.

"So this is a massive 'thank you!' for what you did for Molly, and for us, and for what you do for all of us as members of the public on a daily basis.

"No-one should ever take for granted the public service you provide, putting yourselves in difficult situations and at risk for others to save their lives.

"No amount of saying thank you can ever be enough and I sincerely hope that your officers are regularly recognised for the amazing work they do.”

Happy New Year Molly and we hope everyone has a safe 2016.