Leslie Bowman, who worked as borough commander of Enfield, retired from the Brigade on Monday, July 11.

Les spent all of his career as a firefighter at Dagenham, with a brief stint at Whitechapel fire station, before becoming a watch manager in the LFB Positive Action team.

While in this role, Les encouraged and advised people from London’s Black and Minority Ethnic (BME) communities to join the Brigade.

After working in the Positive Action team for four years, Les served at Barking fire station and then gained a promotion to station manager at Kingsland Road  fire station. 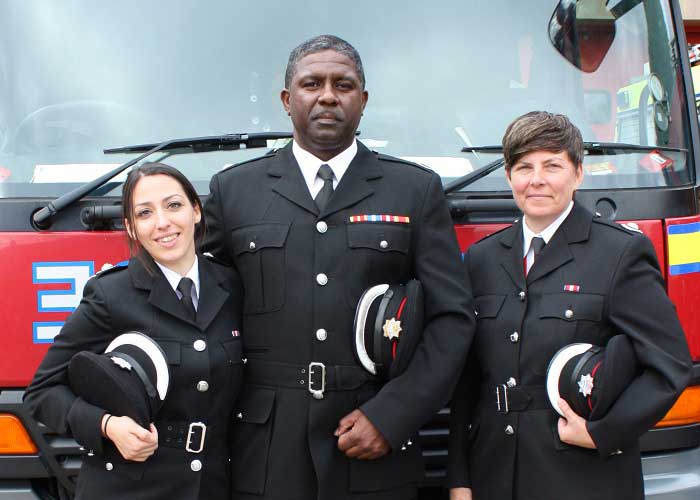 Les has previously been commended for his role in the Brigade and the Fire Brigade’s Union.

In 2008 he received a contribution to the community award for his work in supporting the ‘Not another Drop’ gun and knife crime campaign in Brent and in 2009, was awarded the Queens Fire Service Medal.

He is one of only a few black officers to ever receive the award.

To mark his retirement, a ceremonial roll call was held at Edmonton fire station, which was attended by colleagues and local dignitaries. 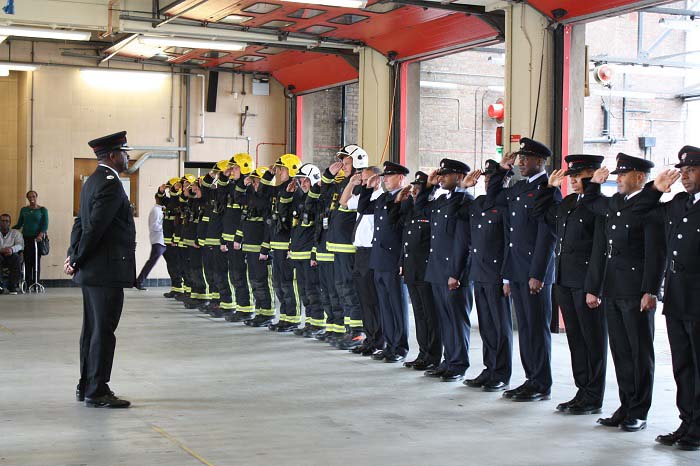 Les said: “I’m really going to miss just working with a nice group of people and being a Borough Commander responsible for 180 staff who I all know personally. And of course, I’m also going to miss keeping the community safe.

“One of the highlights of my career was being recognised in the Queen’s Birthday Honours in 2009. I’ve also loved the many rescues I have been a part of and saving people’s property – those are things that I will never forget.”

Les said despite retiring from the Brigade, he is still going to continue his voluntary role working with young people in the community.

Deputy Assistant Commissioner Sabrina Cohen-Hatton said: “Les is one of our most committed officers. He has spent significant amounts of his personal and professional time mentoring both firefighters and young people in local communities, in addition to his role as the Borough Commander of Enfield. 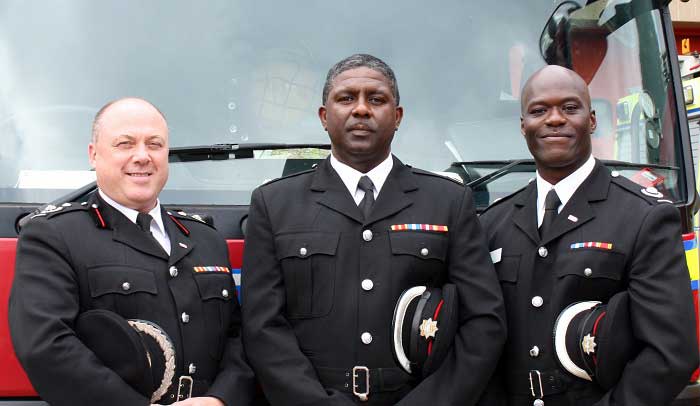 FBU National Secretary for Black & Ethnic Minority Members Michael Nicholas said: “While it was a sad to say farewell to Les, black operational staff are honoured and proud to have worked with Les and sincerely thank him for all he has contributed on our behalf throughout his long and distinguished career.

“We wish him a long retirement and continuing good health. Our paths will continue to cross we are sure.”

Last week, London Fire Brigade launched ‘Safer Together’ an ambitious ten-year plan aimed at making  the capital’s fire service the most diverse and inclusive in the country.

Under the plan, fire chiefs will seek to further increase the diversity of its workforce, by reinforcing its efforts to encourage more people from a range of backgrounds to apply to work for the Brigade.