Hundreds of people were injured in the crash and 35 people lost their lives. It remains one of the worst incidents in the Brigade's history.

A crowded commuter train hit the rear of another train, which was standing stationary just south of Clapham Junction station.

The impact on the stationary carriages shunted it to the right, where it struck a third oncoming train. 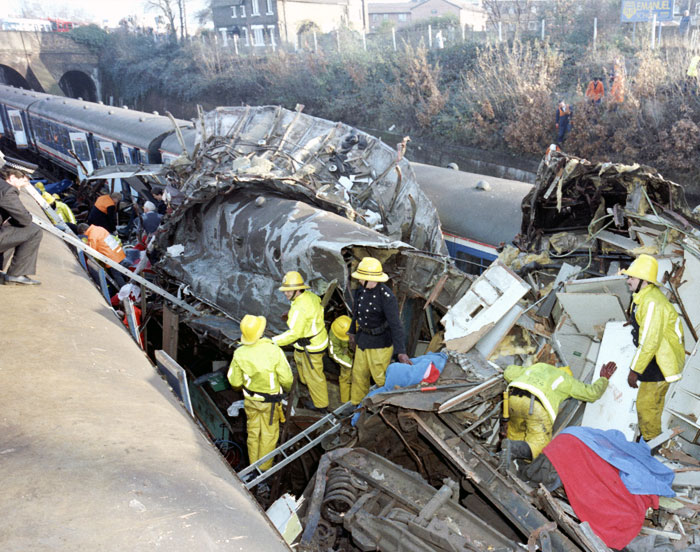 The wreckage of the trains was so entangled that at first it wasn't clear how many trains were involved. First reports were of two trains, but it became clear there were actually three.

Crews from across London

The first call about the incident was received at 0813 with crews from Clapham, Battersea, Tooting, Norbury, Fulham, and Euston fire stations attending the disaster. 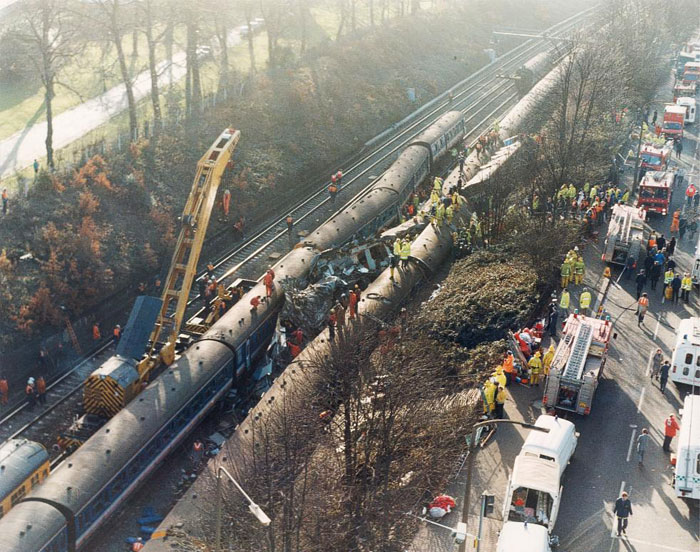 Fifteen fire engines attended the scene of the incident along with specialist rescue equipment and teams.

Due to the size and weight of the trains, cranes were used as part of the rescue operation.

Our Commissioner Dany Cotton was new to the Brigade when she was called to attend the crash.

"I was 19 and just three months out of training school. We were on duty over Sunday night and were called to the scene on Monday morning," said Dany.

"Our first job was getting casualties out of the trains and into the ambulances.

"It was just before Christmas and there were a lot of Christmas cards strewn everywhere. People must have been writing their cards on the train. It was an incredibly sad scene."

The number of casualties meant that eight ambulances and a surgical unit were needed. Those passengers with the most severe injuries had to be operated on at the scene. 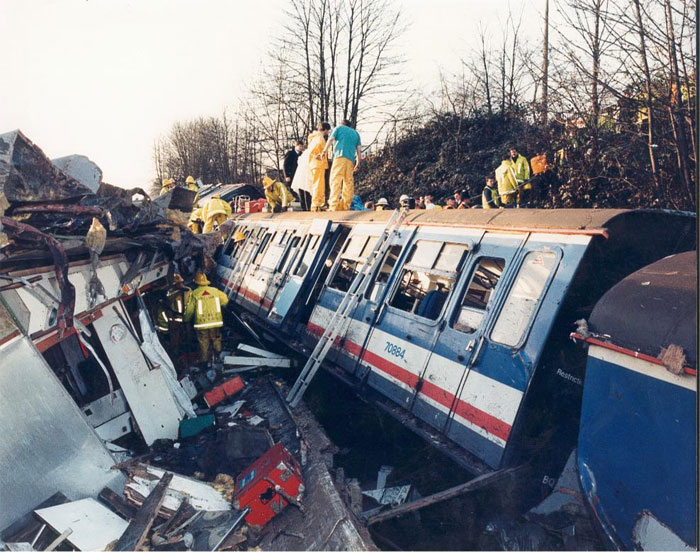 The cause of the crash

The cause of this terrible accident was later found to be wiring issues in the signals, which gave an incorrect signal to one of the train drivers.

An independent inquiry was led by Anthony Hidden, QC for the Department for Transport. The inquiry led to a number of recommendations around signalling and staffing.