Firefighters on their way back from an emergency call helped to deliver a baby boy on the roadside in Plumstead in south east London this morning.

The crew from Plumstead fire station were driving the fire engine along a road in Plumstead when they were flagged down by a group of people on the edge of the road.

Firefighters saw someone lying on the pavement and initially thought that someone had been hit by a car.

Watch Manager Steve McKeown was the fire officer in charge, he said: "There was a woman lying on the floor and at first glance we thought she'd been hit by a car but it soon became apparent that she was in labour.

"Firefighters quickly got to work, setting up a salvage sheet for privacy and then helping the father to deliver the baby boy, who came very quickly. 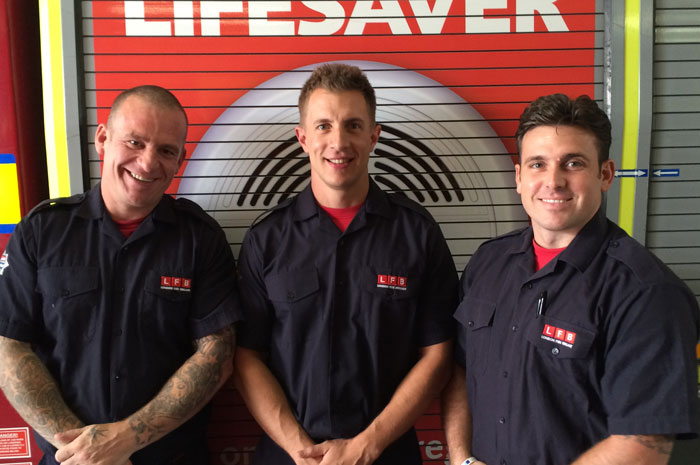 "I dealt with the small crowd of members of the public who had gathered and liaised with the paramedics when they arrived on the scene.

"As far as we know both mum and baby are OK."

Firefighters believe the family were on the way to take their other children to school when the baby, who is thought to have been born a month early, arrived.

As well as looking after both parents and the baby, firefighters calmed the children down and stayed with them until the ambulance arrived on the scene.

Watch Manager McKeown said: "None of us has ever been called to help deliver a baby before, so it was a first for all of us, you just don't expect it!

"We are used to dealing with stressful and unexpected situations so we all just got on with it. I’m really proud of the team, they did a fantastic job. The dad was very grateful for our help."

Watch Manager McKeown said the paramedics told the firefighters they had done a good job given the circumstances.

Paramedics cut the umbilical cord and rushed the whole family to hospital.