Firefighters took part in a multi-agency exercise that tested how the emergency services would respond to a coach crash in the A12 tunnel just before West Ham United's first game in their new stadium.

The scenario simulated a Saturday afternoon and the inaugural home game for West Ham at the Olympic Stadium.

After heavy rain all day, a TfL emergency crew have stopped in the tunnel and entered an underground room to to repair a pump that had overheated from continuous running while dealing with the rainfall.

Meanwhile, a coach full of away fans has entered the tunnel and the driver is distracted by rowdy behaviour on the coach.

The driver loses control on the bend and hits the TfL van, trapping a workman in the van and injuring many of the passengers.

The engine of the coach catches fire and the pump room next to the tunnel fills with smoke - trapping two workmen inside who cannot get out because the coach is against the tunnel wall where the door is. 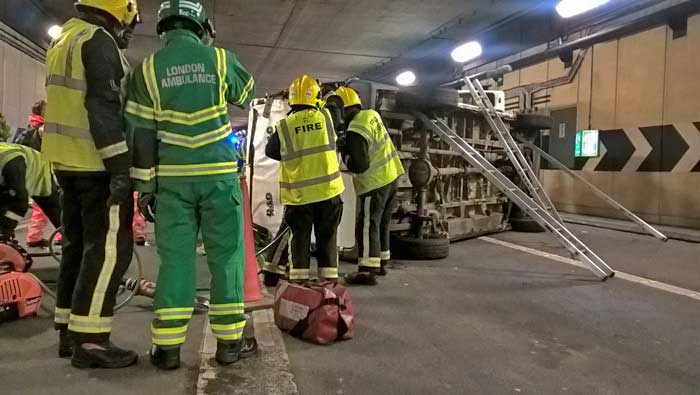 London Fire Brigade Borough Commander for Hackney, Steve Dudeney, said: "This exercise was invaluable as it brought together key partner agencies and a really realistic scenario which tested everyone involved.

"Firefighters performed very well and our officers were able to utilise their command skills to assist staff from other agencies.

"I'd like to thank all of those who organised and took part in the exercise." 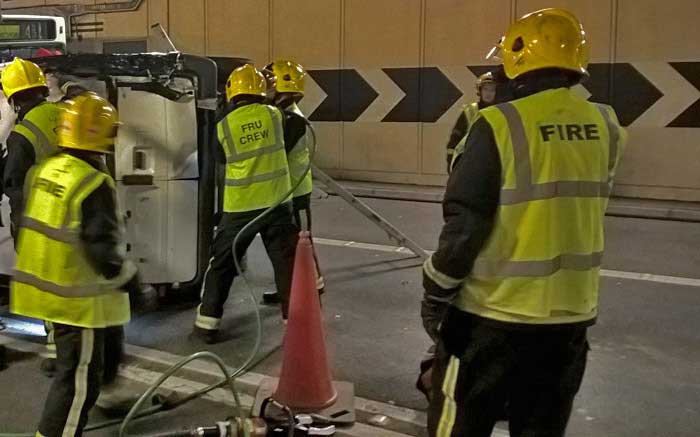 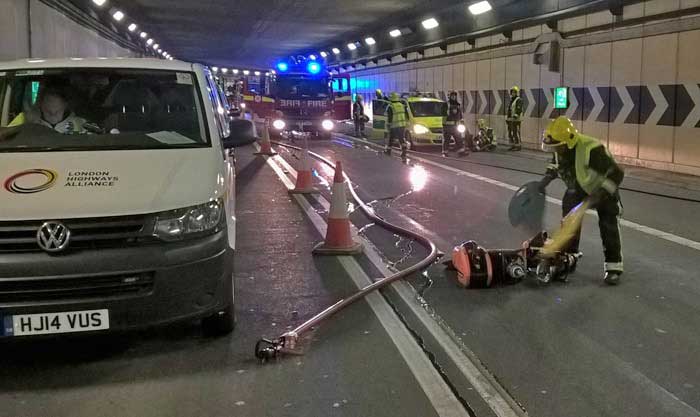 Volunteers from the Casualty Union played live casualties in need of rescue making the exercise as real as possible for the first responders.

The exercise took place late last night (15 October) in the A12 eastbound tunnel at Hackney Wick.

Firefighters from Homerton, Leytonstone and Islington took part along with London Ambulance Service, Metropolitan Police and Transport for London.