This year's rescues include a fox with it's head stuck in a bucket and a squirrel trapped on a satellite dish.

Cats contributed to 287 of all animal incidents the Brigade were called to, while dogs accounted for less than a third with 82 call outs.

London Fire Brigade Director of Operations Dave Brown said: "We always be there in an emergency but not all animal rescues need our help. As well as being time consuming, animal rescues cost the tax payer and I'm sure most people would prefer their money was being spent on training or fire prevention work, than cats up trees. 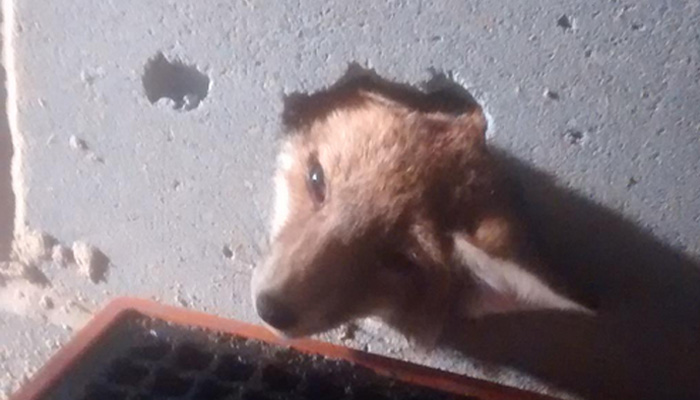 Outfoxed: the Brigade rescued a fox cub that had a bit of trouble earlier this year.

"Wherever we can, the RSPCA will aim to rescue an animal or animals without calling on the resources of the Fire and Rescue Service."

Other bizarre incidents include:

* It costs around £295 plus VAT to send one appliance to incident. The cost to the Brigade of £13000* a month has been calculated on the basis of an attendance to one of these incidents costing £290. This rate (£295) is the rate used to recover costs charged for services, such as repeated calls to shut in lift releases and false alarms from automatic systems.