Sunlight blamed for blaze, as Brigade message is seen by over eight million

Sunlight blamed for blaze, as Brigade message is seen by over eight million

A garden terrace in Balham was destroyed by a sunlight blaze in the same week as a Brigade Facebook post warning of the dangers has gone viral.

Fire investigators found broken glass among the charred remains of wooden decking and think the fire was probably caused by the refraction of sunlight through a glass bottle or jar onto garden furniture.

Four fire engines and 21 firefighters and officers from Tooting, Brixton and Clapham fire stations attended the incident on Western Lane. The Brigade was called at 1441 and the fire was under control at 1526. 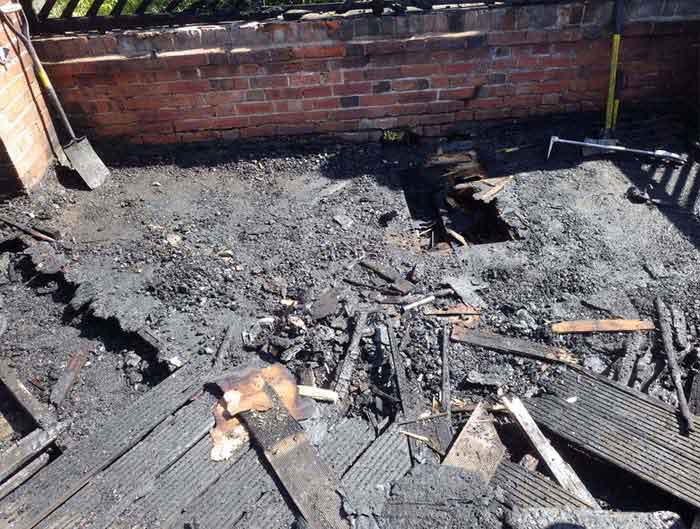 The remains of the garden terrace in Balham

A Facebook post of a bed, destroyed by fire caused by sunlight reflecting off of a mirror, somehow got recirculated and captured the public's imagination with over eight million views this week alone. 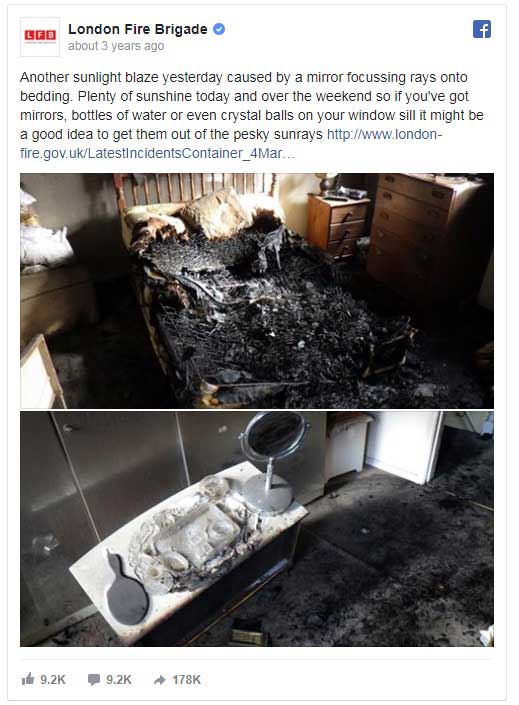 The post, which was originally uploaded in March, has been shared more than 85,000 times and has received thousands of comments with people sharing their sunlight fire stories.

The biggest success though is the number of people changing their behaviour by saying they would clear their windowsills of mirrors, jars and bottles.

How can sunlight cause a fire?

Sunlight shining on mirrors and glass objects can cause fires