We're pleased St George's Hospital, Tooting, has announced plans to tackle false alarms following our campaign which named them at the top for automatic call-outs.

Over a third of our call-outs are to false alarms, with hospitals among the worst offenders; this equates to a false alarm every 15 minutes in London.

St George's have said that they are currently embarking on a £4million, three-year programme to update all 5,500 fire sensors across the site but acknowledge action needs to be taken now to reduce these false fire alarms, which cost money, waste time and increase community risk.

Fire alarms act as a vital early warning system, helping keep people safe by alerting them to fires and giving them more time to escape. However, the majority of automatic fire alarms are false alarms caused by faulty or badly maintained systems or things like burnt toast, steam or dust.

The Brigade is also concerned false fire alarms can cause complacency when they go off, causing people to ignore them, which in the case of a real fire, could be disastrous.

Working in partnership with us, they aim to find the best way to reduce this burden on their resources and yet ensure that safety is the priority. 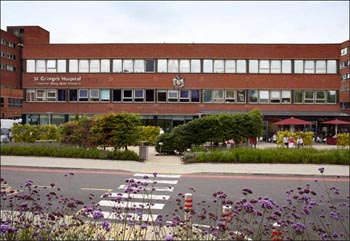 They inform us that they have implemented an interim plan to manage the fire alerts differently between 8am-8pm.

During this time St George's will have a maximum number of staff on-duty and therefore have the capacity to investigate automatic alarms in order to assess whether our assistance is required.

As of this month, St George's has begun retraining staff to investigate automatic fire alarms that come through to the central switchboard. They will then be able to alert the Brigade if it is considered necessary.

Neil Orbell, Head of Fire Safety at London Fire Brigade said: "We are pleased to see that St George's are taking positive steps to reduce the number of unwanted false alarms at their building.

"Firefighters are called to over 30,000 false alarms every year and some hospitals we go to nearly every week.

"We want to work with hospitals on this issue which is why we will wait until the tenth call before we start to recover our costs. We also work with them to see how they can improve the maintenance and management of their automatic fire alarm systems." 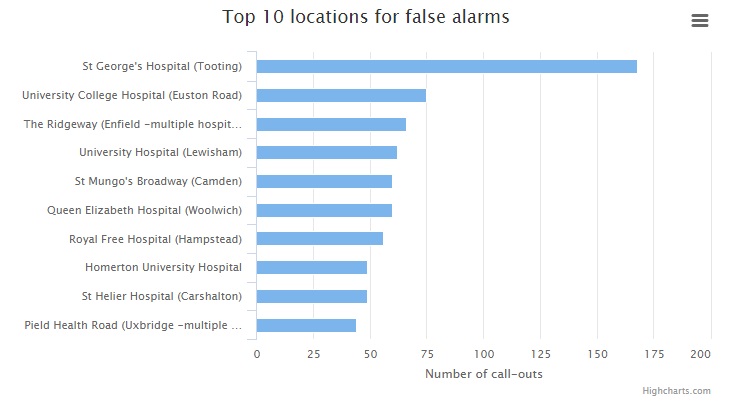 , Eric Munro, said: "We hope that this will decrease the number of false fire alarms at St George’s. We continue to work with the London Fire Brigade and Fire Industry Association to reduce the incidence of false alarms on our site."

Last January, we began recovering £295 for the tenth false alarm attended at the same site within a twelve month period and for all subsequent false alarm call outs. This has contributed in a yearly reduction of 7.3 per cent but the fire chiefs want to see greater improvement.

Recovering costs forms one part of the Brigade's efforts to reduce unwanted call-outs and fire chiefs will continue to give advice and guidance to building owners to help them reduce false alarms and improve the reliability of their automatic fire systems.

*The false alarms at the hospitals mentioned are those generated by automatic fire alarm systems and fire detection systems.