Londoners get charged up about electrical dangers

Londoners get charged up about electrical dangers

Members of the public have shared pictures of the close calls they've experienced using counterfeit and wrong chargers with their electrical devices. The images show how their plugs have exploded but thankfully not caused a blaze.

The Brigade frequently warns of the dangers of using imitation Apple iPhone chargers and using the wrong chargers with devices like e-cigarettes, which could put people’s lives at risk.

Two lucky escapes, in which fortunately no-one was injured, have recently been shared with the Brigade via its social media channels.

by Jimmy who said: "#Electriccigarette charger just caught alight, lucky we weren’t out. #turnoff Only use correct charger. I'd hate to see it happen to someone else." 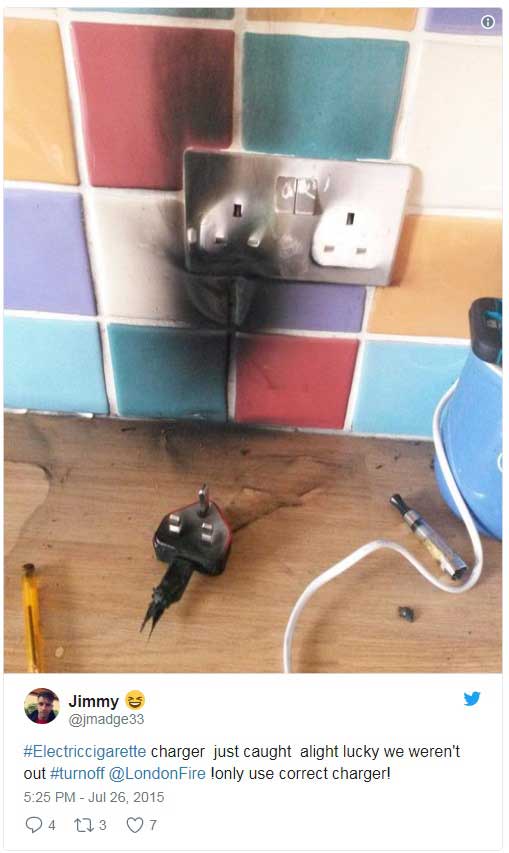 Can you spot a real from a fake?

Our investigators noticed a number of tell-tale signs that gave the fake Apple iPhone chargers away:

Think you can tell the difference? Can you get ten our ten on our test?

The second incident, which was posted to the Brigade's Facebook page

, said: "This is what happens when you buy fake chargers. I only bought this a couple of weeks back from a phone stall in Stratford, East London - thank god it didn't catch fire, we are very lucky. People should be made aware." 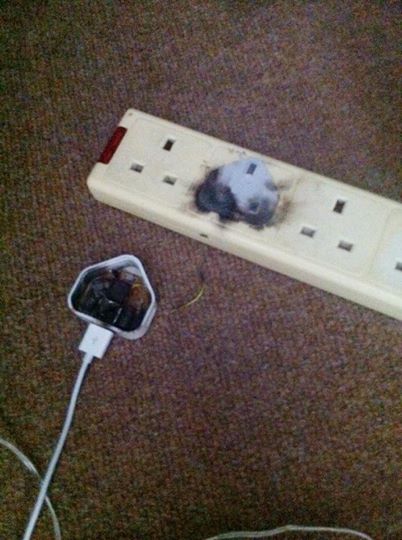 Charlie Pugsley, Head of Fire Investigation at the Brigade, said: "We are grateful the public have shared their experiences so we can warn others of the very real dangers caused by some chargers.

"It is crucial people only use the genuine chargers supplied by the manufacturer with their electrical goods.

"One charger may work with multiple electrical items, but it may be of a higher voltage or current than recommended for your device.

"Ensuring the correct type of charger is used will not only stop your device from getting damaged, but will also help prevent fires which can be serious, and could even result in death."