Firefighters reunited with toddler they saved

Firefighters reunited with toddler they saved

A group of firefighters have been reunited with a toddler whose life they saved after she nearly drowned in the bath.

Three-year-old Poppy Rackind was "blue, very cold and unresponsive" when she was carried into Southgate Fire Station from her home nearby, on 8 August.

After discovering her in the water her dad Laurie administered two breaths of air which partially revived her, but her breathing was extremely shallow when they arrived at the fire station shortly after 1915 for help.

Her mum Julia, who visited the station on Wednesday, 30 September, said: "It was very emotional to go down to the fire station again, I just wanted to hug them all.

"We are amazingly lucky to be living so near to the fire station and to come across people who kept their cool in a crisis when Laurie and I were not able to ourselves.

"I don’t even want to imagine what would have happened if they weren't there. They were fantastic in a crisis - they were professional, knowledgeable and took over. They saved our daughter." 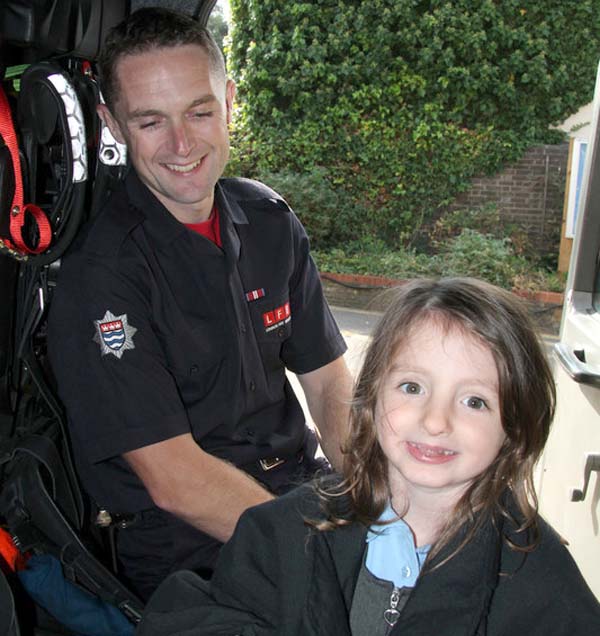 Poppy was taking around two breaths a minute when the crew started treating her. While waiting for the ambulance they gave her oxygen - which they were later told was vital – she eventually started to come to.

She was rushed to Great Ormond Street Hospital where she was later diagnosed with epilepsy.

Firefighter Simon Sturt who helped treat Poppy said: "I have been a firefighter for 25 years and you can go through your whole career without having an incident like this.

"This was one of those jobs where you get a sense of professional self worth. It was lovely to see Poppy and the family again – she is full of life." 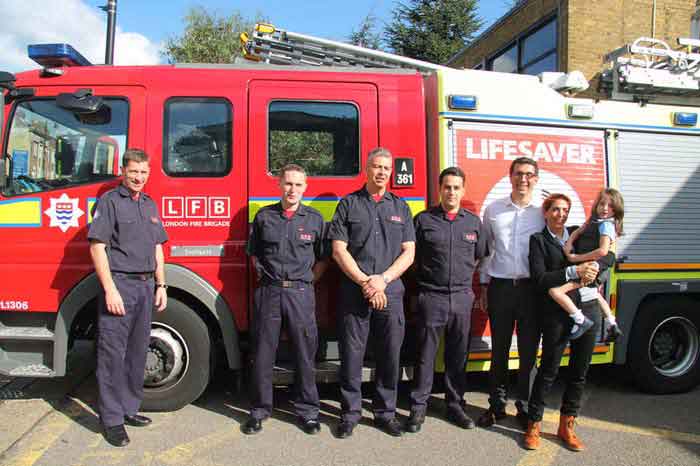 Watch Manager Karl Smith who was in charge of the incident, praised firefighters actions and the Brigade’s control staff for raising the alarm.

He said: "The crew included firefighters on standby from other stations, they had never worked together before but they were fantastic and it’s nice to know the team made a difference.

"I have a young daughter of my own and to go from not knowing what was going to happen to Poppy when she left in the ambulance that day, to then see her turn up to say thank you at the station door was remarkable."