Firefighter's fundraising campaign for Max the husky reaches its target

Firefighter's fundraising campaign for Max the husky reaches its target

A London firefighter has helped raise over £8,000 for a husky that he helped to save after it was severely injured after being run over by a bus last week.

. In 6 to 8 weeks time Max will have a hip replacement much needed after he was so badly injured firefighters initially thought he wouldn't survive. 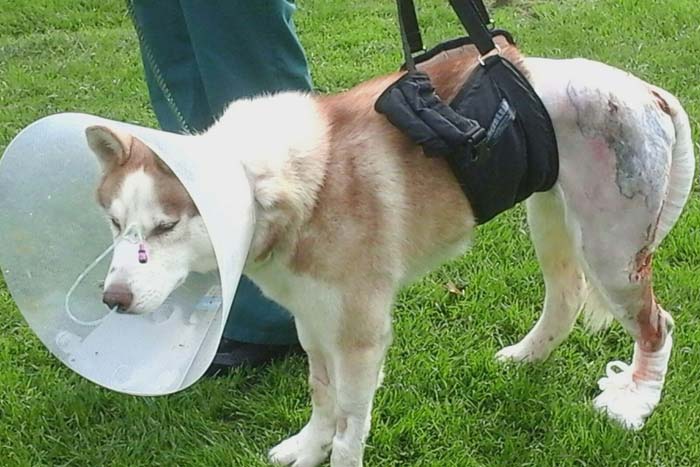 A spokesperson for the Vets has given an update on Max: "We're overwhelmed by people's generosity and can't thank everyone enough.

"Max's skin is healing well and in around 6 to 8 weeks he'll have his hip replacement treatment. Any money raised over cost of Max's treatment will be donated to husky charity Heart Welfare.

"We've never done anything like this before and it is amazing that so many people have kindly donated from all over the world."

Firefighter Llewellyn Legall, 49, who is based at Stanmore fire station in North West London, and his green watch colleagues were called out to the incident at 1450 on Stag Lane on Thursday, 8 October.

The dog was trapped under a double decker bus having been run over by it. The crew raised the bus up on stability blocks in order to rescue him.

Firefighter Legall, who used to be a husky owner himself, said: "We knew straight away that the dog was badly injured.

"He was in a terrible state and had actually been 'de-gloved' up to his shoulder, meaning he had lost all of his skin and fur down one side of his body.

"I honestly didn't think he would survive.

"A vet was called to the scene to make him more comfortable and it was touch and go but somehow Max pulled through.

"I had a tear in my eye on the way back to the fire station, it was such a harrowing sight.

"I called the vet after to see how Max was doing and was told that his treatment would cost thousands and that the owner couldn't afford to pay the bill so I decided to start fundraising to save him." 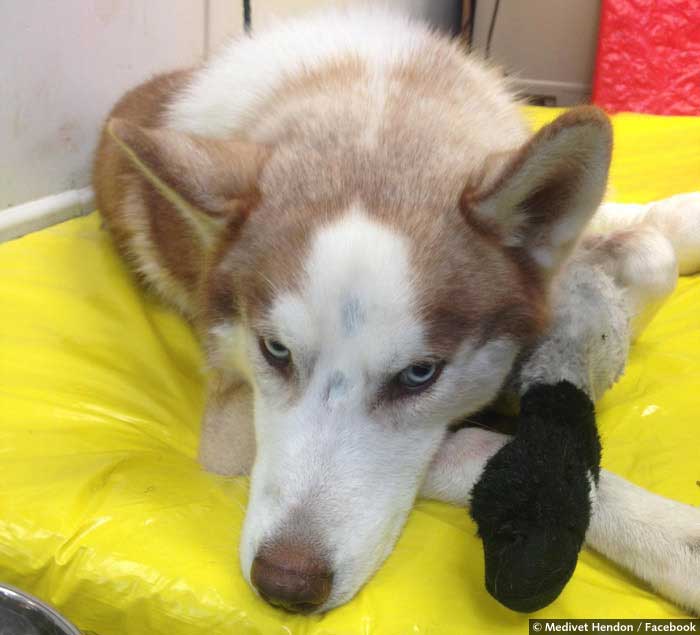 Fundraising efforts are being led by Heart Welfare, which is a husky rescue charity.

Tania Poole, who runs Heart Welfare with colleagues, said: "As well as recognising the firefighters who saved Max's life, I'd like to thank everyone who has already donated money to help him.

"People have been so generous, with a couple of people donating over £100 each.

"Money raised will go straight to the vets who are looking after Max to pay for his care.

"If we raise more than is needed for Max that will go towards looking after abandoned and injured Huskies across the country."