Ken Davies has completed 50 years at London Fire Brigade - and he's not finished yet.

He joined the Brigade on the 17 May 1965 and was first stationed at Stratford white watch. Stratford Fire Station was only a couple of years old at the time and by coincidence was built on the site of Ken's old school – Stratford Grammar School.

Ken was at Stratford from 1965 until 1968, when he moved to Brunswick Road until 1971 and then on to Millwall, East Ham and Romford. Rising up the ranks, he then became station manager at Ilford Fire Station.

Memorable incidents Ken has attended over the years include: 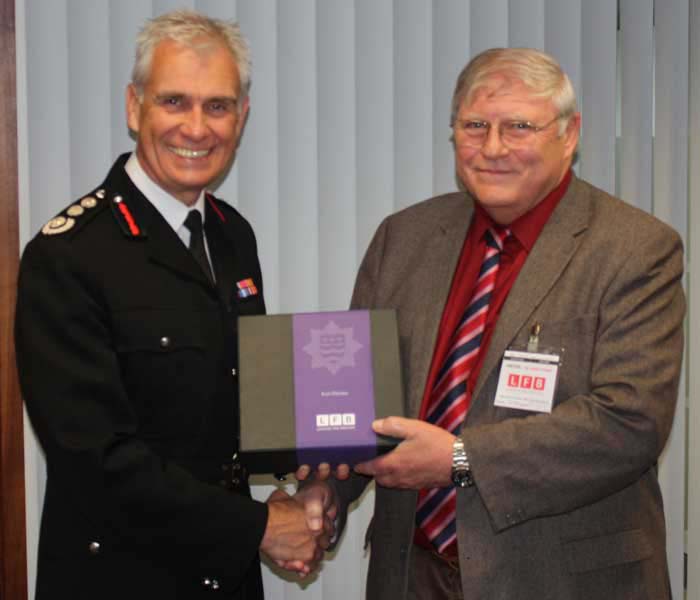 Among the more unusual incidents he has attended, and proving that no two days are the same for a firefighter, Ken is also the proud owner of a Certificate of Merit from the RSPCA, after he and his watch rescued a bullock out of a well.

He continues to contribute to the reduction of fires in the North East of London where he now works as a fire safety officer for the Brigade, and his dedication and hard work sees him matching and indeed exceeding the output of Fire Safety Inspecting Officers half his age.

There's no talk of retiring yet but for a man who was serving with London Fire Brigade when it marked its 100 year anniversary, it seems fitting for him to still be protecting Londoners during next year's 150th anniversary  celebrations.