A firefighter turned midwife when he delivered a baby girl just yards from Battersea Fire Station.

Firefighter James Stennett, who is based on blue watch, was part of a crew asked to assist with a lady collapsed in the street who was pregnant and could be in labour, just before 10:50am this morning.

James, 42, said: "It was only about 50 yards from the station and there was a woman laying on the pavement very obviously pregnant and very obviously in labour. I took over from members of the public who had been very helpful in calming the woman down and shielding her, as it was close to a junction with the main road.

"The crew used salvage sheets and positioned the fire engine to create a screen to give the woman some privacy while we waited for London Ambulance Service and also brought her a mattress from the station to lie on. 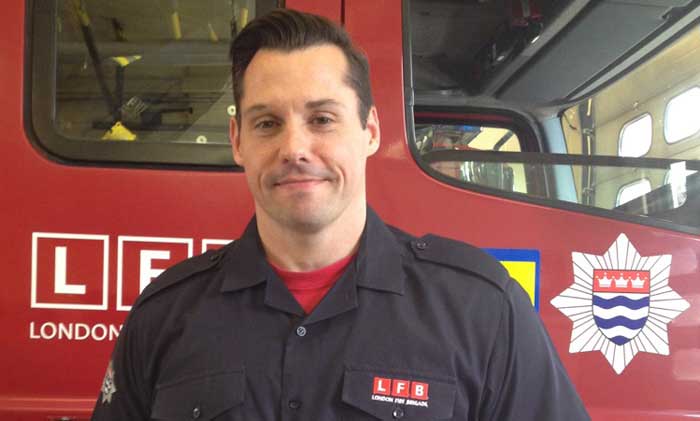 Firefighter James Stennett, who is based on blue watch, was part of a crew asked to assist with a lady collapsed in the street who was pregnant.

"We made her warm and comfortable and a midwife who was passing also stopped to help. I had a look to make sure the baby wasn't coming immediately and at the time it wasn't, so we were just waiting for things to progress.

"But then the baby crowned and after two more pushes she was born. I started to rub her back to stimulate her and help her to breathe and then she started crying. She was given a little bit of oxygen then we put her on mum’s tummy."

The new mum and baby were taken to hospital by the London Ambulance Service. 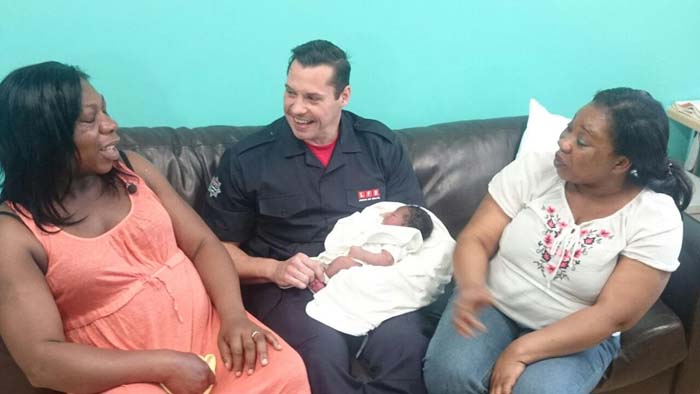 James, who has been a firefighter for 13 years and previously worked as a paramedic, said: "This is the sixth baby I've delivered. I've assisted in a lot more, but it's more difficult when you haven't got a maternity pack and everything you need.

"Of all the times I have been to women in labour, this was one of the easiest but only because everyone worked together. The crew were able to get me everything I asked for and it really went well because of everyone's efforts."