We have signed an agreement with RWE npower that will see one of their disused power stations being used to host the capital's largest ever multi-agency training exercise.

Exercise Unified Response, which has been a year in the planning, is a large scale and complex exercise that will be held at Littlebrook Power Station, near Dartford in Kent, between 29th February and 3rd March 2016.

The 1,140 MW oil-fired station which closed on 31 March 2015, will be transformed into the scene of a significant building collapse, involving a train station and resulting in mass casualties.

Littlebrook will also be the location for other key functions.

All of London's emergency response organisations including local and national authorities will be involved in the exercise, along with specialised teams from across the UK and from Hungary, Italy and Cyprus.

The European teams are participating through a mechanism established by the European Union, under which emergency responders from other EU states can assist and reinforce the emergency services in another country.

The exercise is not in response to any specific threat and forms part of London Fire Brigade's continuous programme of training exercises.

London Fire Brigade Assistant Commissioner Peter Cowup said: "We wanted a location that allowed us to create an extremely challenging training environment for our national and international rescue teams and the many 100s of responders that will be involved from the police, the ambulance service and various other agencies.

"Littlebrook Power Station provides the perfect space for us to create a complex scenario to ensure that all participants will be faced with a very realistic scene and an opportunity to practise other key emergency response functions.

"I would like to thank RWE for their generosity and helping the Brigade by providing us with access to a unique and highly realistic training environment.

"This is a great example of how the business community can play a key role in a shared priority to keep Londoners safe." 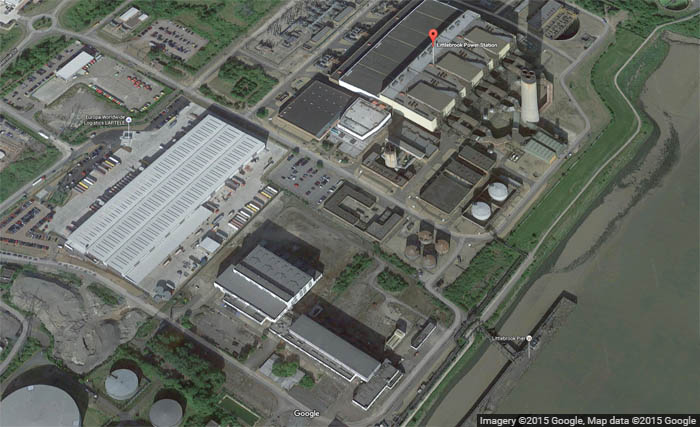 Paul Harris, decommissioning manager Littlebrook Power Station, said: "We've always supported our local services and when we were approached regarding being the location for this exercise we were proud to offer our site and services.

"The scale and size of this exercise is unprecedented and certainly the largest RWE has been involved in.

"We recognise the amazing and vital work the emergency services do, especially being an industrial business.

"Our main responsibility is for our site and the Health and Safety of everyone on it, we will work carefully with the team involved to ensure a successful international event."

Instrumental in powering London for many years, Littlebrook Power Station holds the record for the largest electricity production output of any 2,000 Megawatt station in the UK in any one year.

More recently, the station has played an important role in providing electricity during times of peak demand. Littlebrook is the last major non gas-fired power station to close in the Greater London area.