Brigade issues ‘hoverboard’ safety warning on Back to the Future Day

Brigade issues ‘hoverboard’ safety warning on Back to the Future Day

On the day 'the future' finally becomes the present we are warning 'hoverboard' owners to keep an eye on their new gadget whilst it is charging.

The film's prediction of the iconic hoverboard wasn't far from the truth given the recent rise in popularity of self-balancing scooters.

But today we are warning owners of this year's must-have device to not leave them charging unattended, after being called to two fires in two weeks involving personal transporters that were on charge.

On 11 October, four fire engines and around 20 firefighters attended a fire in the bedroom of a flat in Southwark which involved an electric uni-cycle that was on charge. 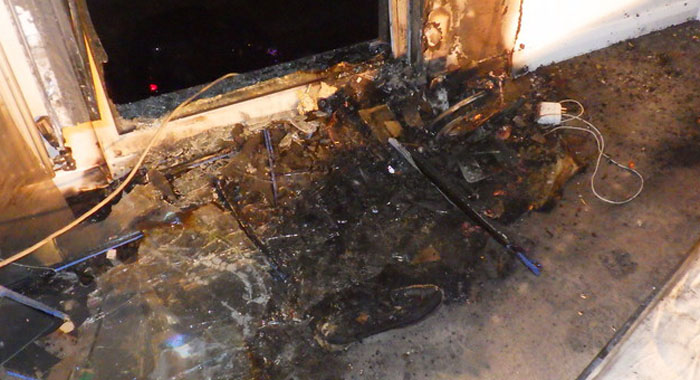 The occupant discovered the fire after hearing a loud 'bang' and fortunately was able to evacuate uninjured.

Just days earlier two men had escaped via a first floor window from a fire at a house in Morden, after a 'banging' noise alerted them to a blaze in a room where a hoverboard had been charging.

The Brigade's fire investigation experts have sent the devices involved in both fires for further testing.

raised concerns about the plugs being supplied with some hoverboards that did not appear to be a standard British plug.

Their investigation found the plugs did not have fuses and could be at risk of overheating, exploding and catching fire.

Charlie Pugsley, Head of Fire Investigation at the Brigade, said: "The cause of both fires is still under investigation whilst the devices are tested at our lab, but as both incidents involved personal transporters that were charging at the time of the fire, we'd urge people to especially keep an eye on their devices whilst they are on charge."

Many electrical fires can be avoided by following a few simple steps such as never using imitation electrical chargers or unplugging appliances when you are not using them.