Fire chiefs are concerned the new Fifty Shades of Grey film could lead to more people being stuck or trapped in objects like handcuffs or rings.

In 2013/14, firefighters attended 472 incidents involving people being trapped or stuck, often in everyday household items. This has steadily increased year on year since the Fifty Shades of Grey books were release.

The Brigade started a campaign called Fifty Shades of Red, asking people to think carefully before getting themselves into sticky situations.

Despite the campaign’s worldwide coverage, the Brigade are still called to more than one embarrassing incident every day.

For example, in November last year firefighters came to the rescue of a man forced to undergo surgery to remove two metal rings that had been stuck on his penis for three days.

The man attended accident and emergency at a London hospital in the early hours but when doctors found they couldn’t remove the steel rings they called the Brigade. Two firefighters scrubbed up and removed the rings using pedal cutters - a hydraulic handheld piece of cutting equipment. 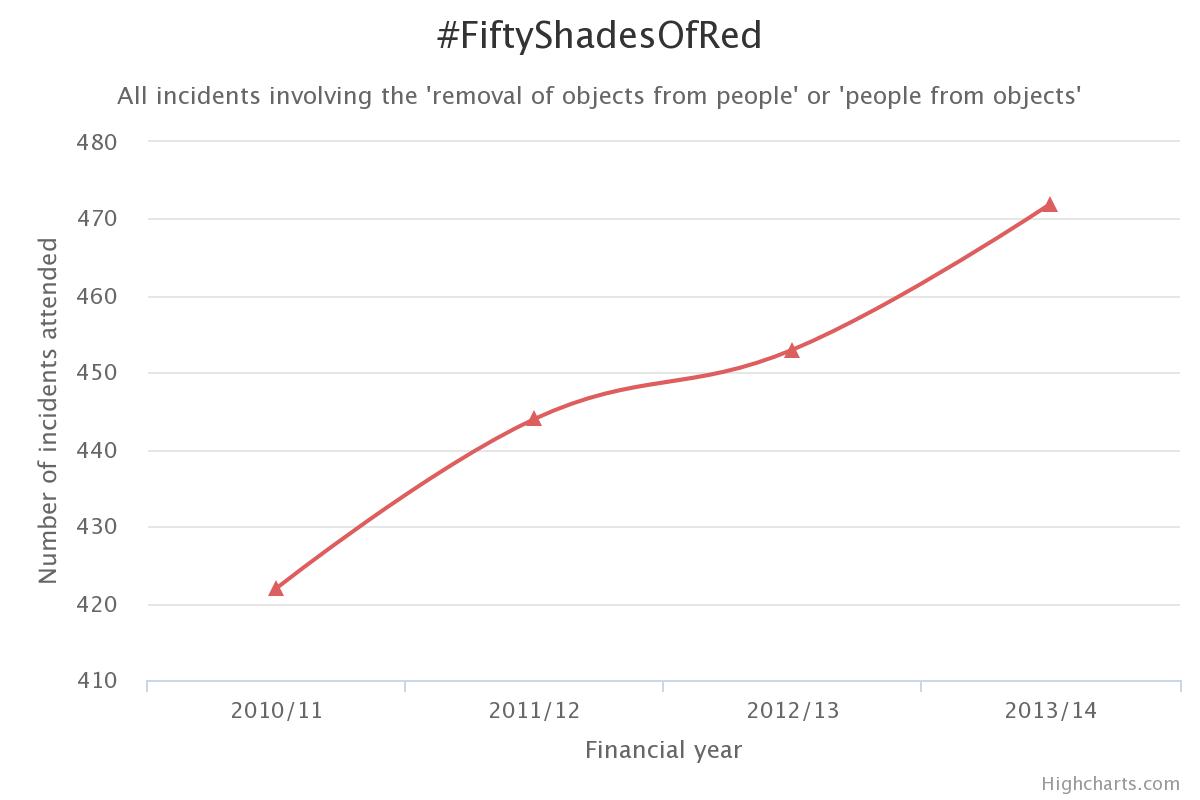 Since April 2013 the capital’s fire crews have been called out to:

Each incident costs taxpayers at least £295, meaning the incidents over the past three years have cost £388,810.

The Brigade said that in the past its crews have been called to a man whose penis was stuck in a toaster, and another with his manhood trapped in a vacuum cleaner.

13 unlucky or unusual calls the Brigade has received

Description: Unable to locate the server named "flickrit.com" --- the server does not have a DNS entry. Perhaps there is a misspelling in the server name, or the server no longer exists. Double-check the name and try again.

Despite the unusual nature of some of the incidents, the Brigade was keen to stress that people should always call 999 in the case of a genuine emergency.

"I'd like to remind everyone that 999 is an emergency number and should only be used as such. If there's a genuine emergency, fire crews will of course attend and will be on the scene to help within minutes." 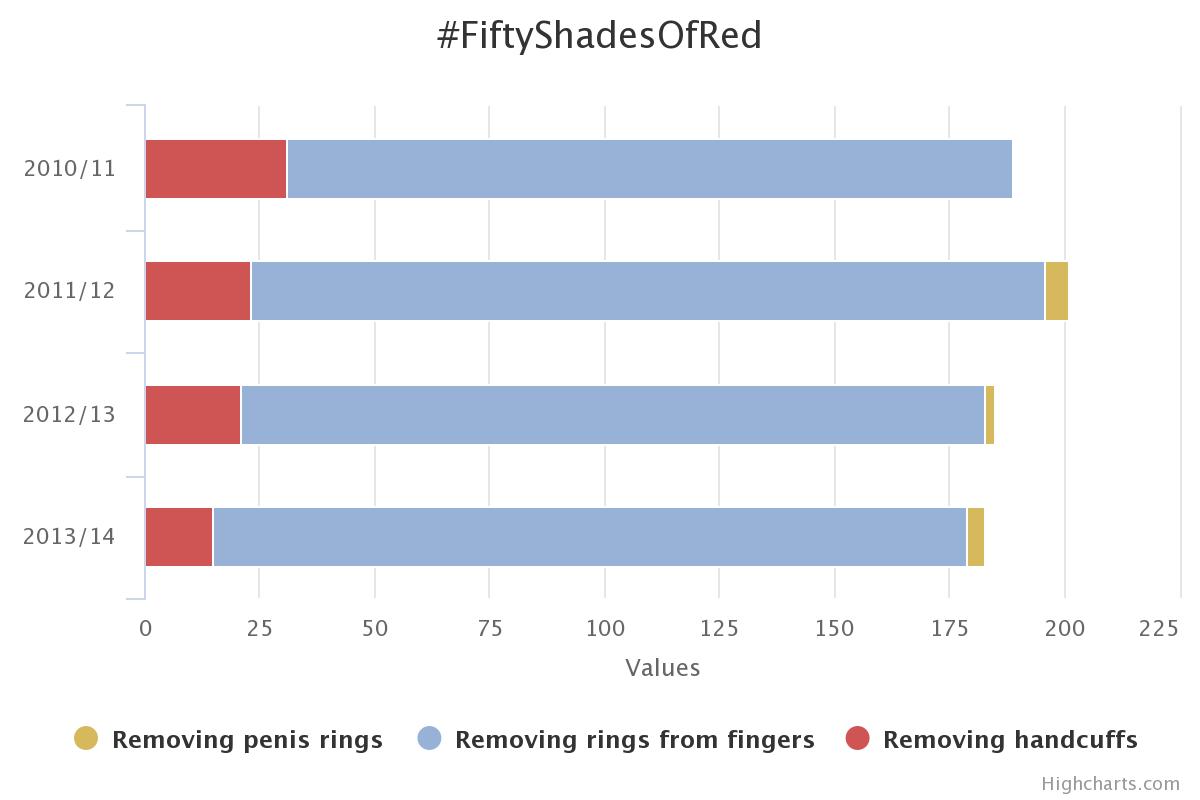 People getting into a jam with rings, bracelets and watches are a common occurrence, while firefighters are also regularly called to assist people and children with their fingers trapped in electrical items like washing machines, sewing machines and heaters.

The most common type of call out for this type of incident is to people with rings stuck on their fingers.

"Our advice is simple", said a Brigade spokesperson, "If the ring doesn't fit, don't force it on. As well as being painful, you could end up wasting emergency service time if you have to call us out."

Total number of incidents since 2009, shown by borough