Children get stuck in strangest places

Children get stuck in strangest places

We have revealed our most unusual child rescues to encourage parents to keep children safe from fires during the summer holidays. The warning comes as last week, firefighters were called to rescue a child in Bromley with its head stuck in a potty.

We’ve spent nearly £240,000* in the last five years rescuing children who accidentally get locked in rooms or get themselves trapped in things. 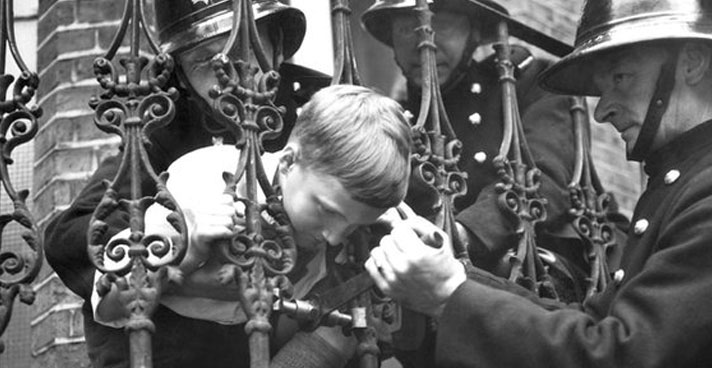 There were 8,189 incidents over the last five years. That's around five call-outs a day.

In the last five years the Brigade's crews have been called out to rescue:

What we say about child rescues

Third Officer Dave Brown said: "Kids are always crawling about and exploring so accidents are bound to happen, but when we are releasing children from under tables and out of tv speakers it diverts our attention from other emergencies.

"Many of the incidents we get called to could be avoided with a little bit of common sense. During this summer holiday, I would ask parents to keep an eye on their children and only call 999 if it is a real emergency."

*It costs around £290 plus VAT to send one appliance to incident. The notional cost to the Brigade of £240,000  has been calculated on the basis of an attendance to one of these incidents costing £290. This rate (£290) is the rate used to recover costs charged for services, such as repeated calls to shut in lift releases and false alarms from automatic systems.

London Fire Brigade is passionate about supporting young Londoners. From having fun and gaining skills with Fire Cadets, through to help for children who set fires, here's where to find out more.