The number of cannabis factory fires have been steadily increasing in recent years. Last year there were 25 fires in cannabis factories - around one every fortnight.

Cannabis factory fires are especially dangerous to tackle because they typically involve a tangle of lamps and heaters powered from illegally sourced electricity.

Not only is the Brigade concerned about risk to life and property, but they are also especially hazardous to firefighters too. Cultivators can kit out properties with false floors, barbed wire and electrification of door handles and windows to purposively injure those who discover the drugs. Recent cannabis incidents include:

London Fire Brigade Third Officer Dave Brown said: "Cannabis factory fires can be very severe because of the way criminals use unsafe wiring to illegally obtain electricity in order to grow the plants. They're often in top floors or lofts which means when a fire takes hold it spreads, destroying roofs and damaging neighbouring buildings.

"Firefighters can also be exposed to risks when dealing with the fires because of bad wiring and booby traps at some of the properties.

"It's important that people know the key signs and inform the police so that they can act swiftly to prevent these dangerous fires." 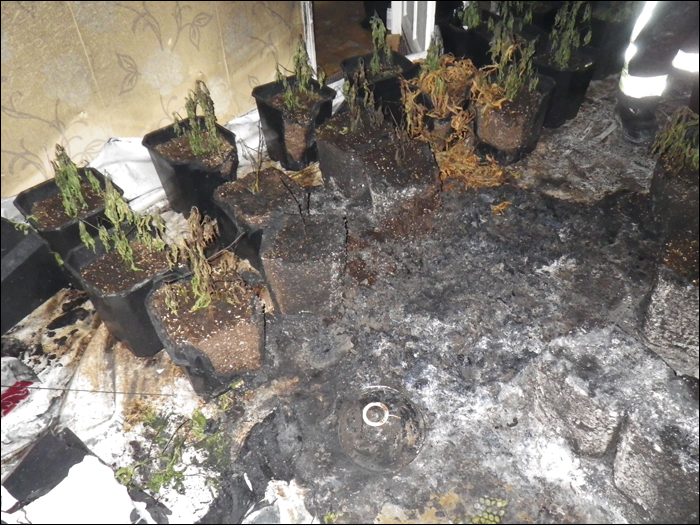 Members of the public who have information about anyone who is dealing drugs in their area are urged to contact their local Safer Neighbourhoods Team or dial 101, the police non emergency number.

Sprinklers can provide protection from fire and give people with mobility issues a greater chance of escape – information for carers.

Sometimes people like to collect and hoard things in their home, leading to an increased risk of fire