Brigade’s fresh concern over growing problem of ‘beds in sheds’

Brigade’s fresh concern over growing problem of ‘beds in sheds’

London Fire Brigade said today that the problem of so-called beds in sheds is becoming more apparent across the capital.

New Brigade statistics show that over the last five years there have been 438 fires in London involving buildings that should not have been occupied as a place to live, resulting in 13 fire deaths and 69 serious injuries.

Over the same period, the Brigade has taken formal enforcement action against landlords under fire safety law around 200 times, where its fire safety officers have found people living in unsafe and unsuitable accommodation, including beds in sheds.

The lack of built-in fire safety precautions such as fire safety doors and smoke alarms and the fact that the people living in them rely on far riskier ways of cooking, heating and lighting make them potential fire traps.

To try and combat the problem, the Brigade has launched the UK’s first ‘unsuitable housing’ toolkit, aimed at helping those working in communities across London, including firefighters, council workers, homeless charities and the police, to identify unsuitable accommodation, and those living in it, who are often the most vulnerable people in society. 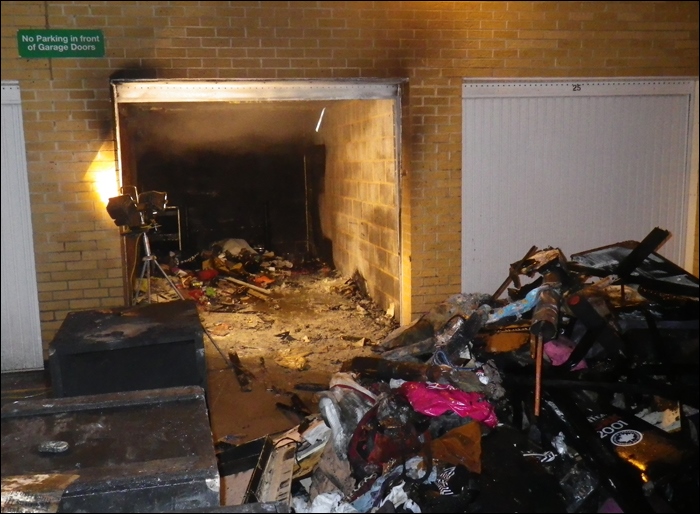 “It’s a tragedy that in this day and age we’ve got people living in factories, sheds, and outbuildings in scenes reminiscent of a Charles Dickens novel.

“When people are forced to live in these sorts of buildings, they are at a far greater risk of having a fire as the buildings often don’t contain vital safety features like fire doors and alarms, which can be the difference between life and death.

“Starting with our own staff, we are working to educate those who come into contact with unsuitable accommodation and those who live in it to try and prevent further beds in sheds fire tragedies.”

Last summer a man died after a fire broke out in the outbuilding he was living in Uxbridge, which had been converted into illegal accommodation. It’s thought he’d been living in the outbuilding, which was at the back of a row of shops, for around six years. There were no smoke alarms and due to a broken lock, the man was unable to escape from the fire.

At the end of April this year a woman was taken to hospital following a fire in a garage under some flats in Wandsworth. Fire investigators believe the woman was living in the garage and that the fire was caused by a candle falling over whilst she was sleeping.

The photograph shows the aftermath of the fire in a garage in Wandsworth at the end of April. A woman, thought to have been living in the garage, was taken to hospital (Photo credit: London Fire Brigade). Other photos are available.

The Brigade said ‘unsuitable accommodation’ is often buildings like:

Heading to bed? Be fire-safe first...

Before you head for bed, some simple fire safety checks can save your life. Here's what to keep an eye out for.