London Fire Brigade said today that a newborn baby foal was rescued by its specially trained firefighters this morning from the River Lea in Essex after being trapped in the water by 12 foot banks overnight.

The delicate rescue lasted several hours but the male foal named, “Steve” by firefighters, is now being cared for by a vet and RSPCA staff.

The baby black and white cob foal, which was less than three foot tall, was shivering and suffering from hypothermia but firefighters managed to warm him up with blankets and he fell asleep on the riverbank.

“The vet said that Steve was in surprisingly good condition considering he fell into the river and was in the water for hours.

“The vet has taken him to her practice and will be treating him with antibiotics. She’s looking for a new home for him now.  She thought he was no more than two days old.”

The rescue took place near Lower Hall Lane in Chingford, Essex, this morning.

Firefighters were called at 0700 and faced a tough challenge catching the foal, walking him along the towpath to an accessible part of the riverbank and finally lifting him up the steep bank but he was finally back safe on dry land at 0910.

A specialist animal rescue crew from Dagenham, plus fire engines from Edmonton and Chingford with 14 firefighters and officers took part in the rescue.

The fire crew were unable to locate either the owner or the mother because it had walked a considerable distance in the water and had no identification markings. 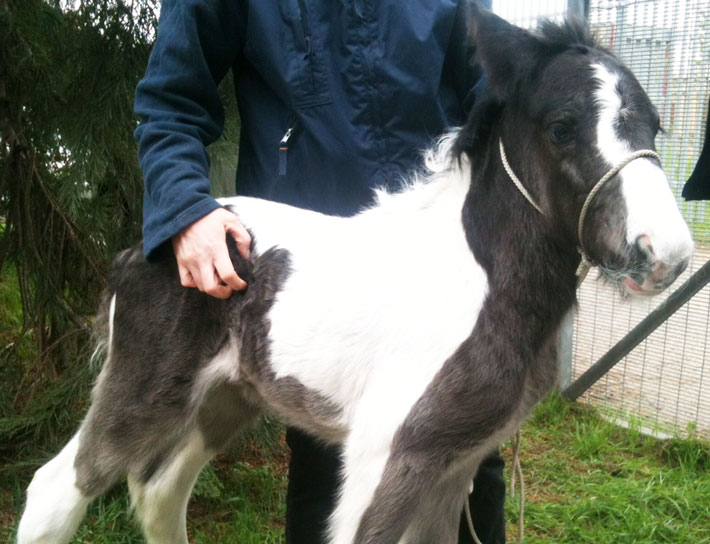