A man was cut from his vehicle after a road traffic collision at the Holland Park Roundabout in Shepherd’s Bush.

A car and a police car were involved in the collision and one man was trapped by the nature of his injuries. He was released from the vehicle by firefighters before being taken to hospital by London Ambulance Service crews. 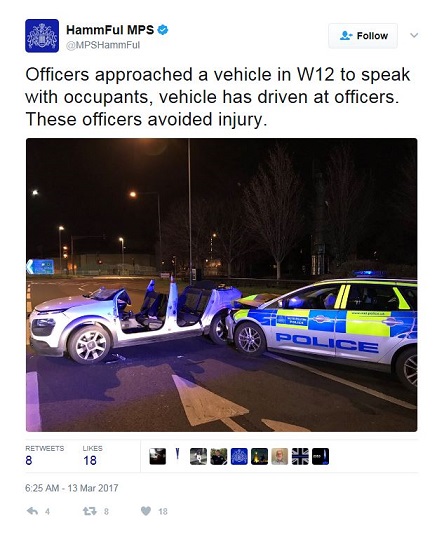 The Brigade was called at 0301 and the incident was over for firefighters at 0417. Two fire engines from Hammersmith fire station and a fire rescue unit from Paddington fire station attended the scene.