The Brigade is warning people to be careful when charging and using hoverboards after one caught alight while being used by a child in West Norwood.

Firefighters were called to Tannoy Square on August 1 after the self-balancing scooter burst into flames just minutes after it started being used.

The hoverboard was engulfed in flames when firefighters arrived at the scene but thankfully the child using the gadget was not injured. 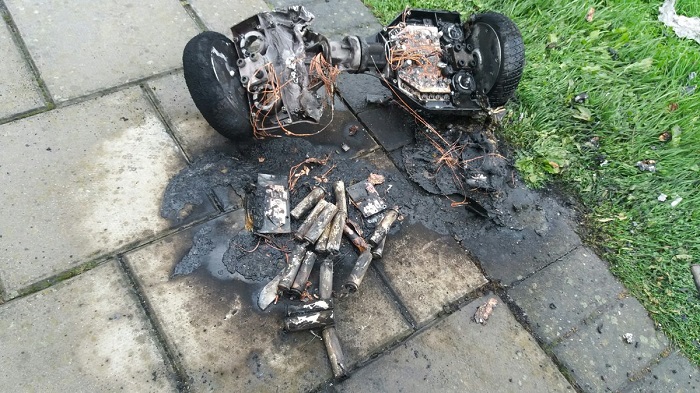 Charlie Pugsley, Head of Fire Investigation at the Brigade, said: "Hoverboards might be the 'must –have' gadget but we have serious concerns that some products on sale which are non compliant, could be unsafe and pose a fire risk.

"If you already own a hoverboard or are going to buy one as a present, never leave it charging unattended and do not charge it overnight.

"It's also important to ensure your home is fitted with a working smoke alarm on every level of your home and the safest option is to have those linked together.

The Brigade was called at 1908 on August 1 and the fire was under control at 1917. One fire engine from West Norwood fire station attended the scene.

Many electrical fires can be avoided by following a few simple steps such as never using imitation electrical chargers or unplugging appliances when you are not using them.