Crews rescue 'Goldie' the Golden Retriever from lake in Uxbridge

Crews rescue 'Goldie' the Golden Retriever from lake in Uxbridge

Crews from Northolt and Heston fire stations used an inflatable rescue boat to pull Goldie, who is ten-years-old, to safety when he decided to take off and go for a swim. After running into Little Britain Lake in Uxbridge the ten-year-old managed to get himself  tangled in weeds and fishing line and was unable to get out. 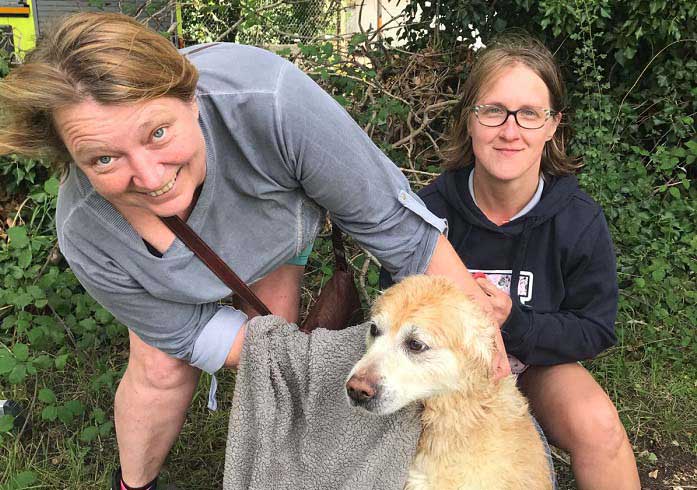 Watch Manager Barry Carolan from Northolt Fire Station who was at the scene said: “Crews did an excellent job. We inflated the boat and sent it out as quickly as possible to rescue him as I don’t think he had much left. He was more than happy though when we got him out and was taken to the vet to be checked out.”

The Brigade was called at 1311 and the incident was over by 1357. A fire engine and a fire rescue unit attended with ten firefighters from Northolt and Heston fire stations.

If an animal is in trouble and people could put themselves at risk trying to reach them, as in the case of Goldie, you should call both the Brigade and the RSPCA.