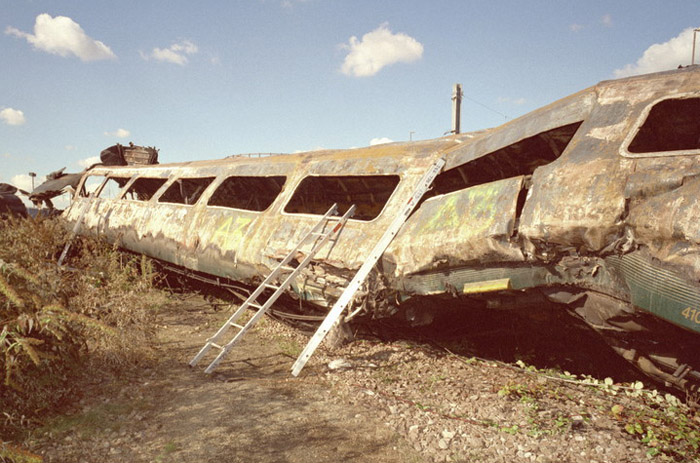 At approximately 0806am, a Thames train left platform nine of Paddington station with 147 people on board.

At the same time, travelling towards Paddington at speeds of up to 100mph was a First Great Western service carrying 421 passengers.

Two minutes later the Thames train hurtled through the now infamous signal SN109, which had been showing red.

Despite both drivers applying their brakes, 33 seconds later the two trains smashed into one another.

The collision destroyed carriages and caused a fireball to tear through coach H. 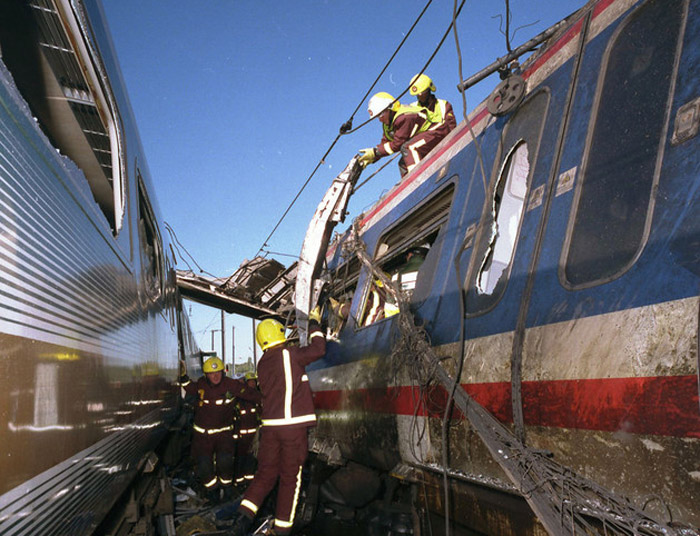 I saw the fireball coming

Mrs Pam Warren, sitting at the rear of coach H, said in the inquiry report: "I turned my head to the right and I saw a fireball. At this point I was still bracing myself in my seat…I tried to curl up when I saw the fireball coming."

She added: "I don't recall screaming but I might have done because I managed to burn the inside of my mouth and throat…I remember the fire hitting me. It got incredibly hot and I could hear my hair crackling. There was also a noise like gas igniting. It then went quiet." 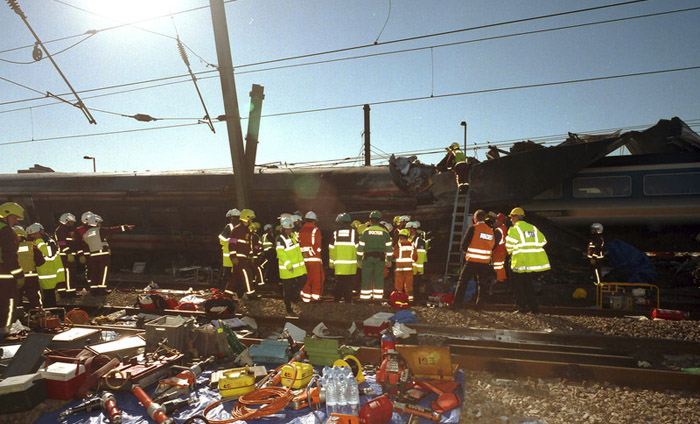 Firefighters arrived at the scene in Paddington

An emergency call was made at 0810am and crews from North Kensington fire station arrived minutes later.

Station Officer Hodson reportedly saw a "large mushroom cloud of smoke rising 150-200m into the air" and further fire engines were requested at 0815am.

Crews initially faced difficulty in gaining access to the accident site because of a delay in opening a security gate. Several firefighters scaled the gate and began laying hose to quickly extinguish the fire.

After securing the derailed carriages, firefighters began rescuing passengers from the wreckage but found many of the trapped passengers hampered by the dangers posed by the suspended roof of the train and the fraying of the overhead electric lines. 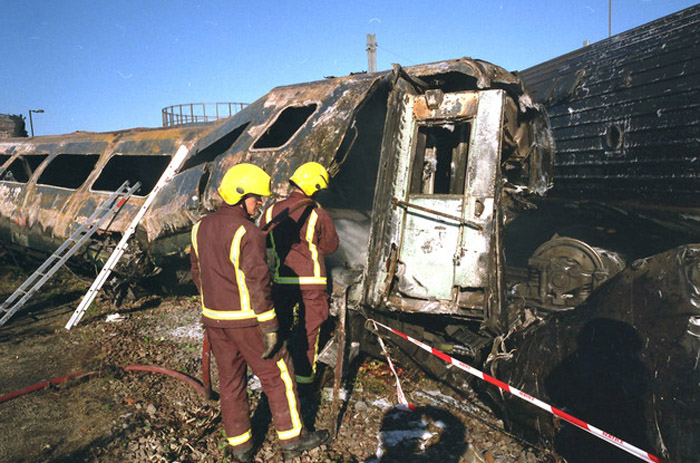 The ringing of mobile phones

Crew Manager David Fitzgerald had only been a firefighter for four years when he attended the incident.

He said: "One thing that stuck in my mind was the ringing of mobile phones, which were lost around the site by passengers. They rang throughout the day.

"The final casualty I helped with was actually trapped under the carriage as they had fallen through the windows of the train, which had landed on top of them."

Lord Cullen's report said firefighters "displayed great courage and endurance in not only extricating those who were trapped but also comforting and supporting them during the long drawn out process of this delicate operation."

Fires and incidents that have shaped history

From unusual fires – like the frozen fire on Butler's Wharf – to fires that shaped the face of London, read more about major historical fires.

At 1:39pm on a rainy Saturday in 1989, a Littlehampton to Victoria express train crashed into the rear of a Horsham to Victoria bound train.