History and stories
A brief history of our breathing apparatus

The need for firefighters to enter a burning building to enable them to extinguish a fire has always been hindered by the smoke generated from the flames –  so breathing apparatus is essential. 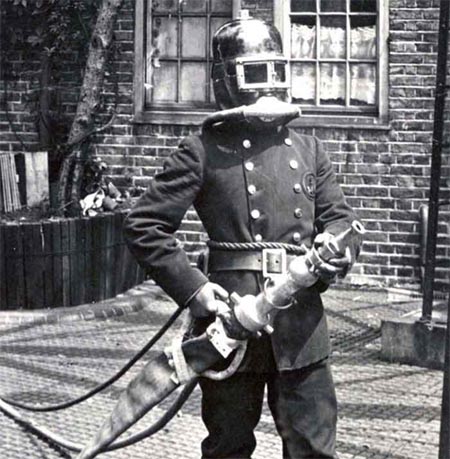 In the late 1800s, there had been many attempts to find a solution to the problem but it wasn't until the turn of the century when the first practical attempts were developed.

Siebe Gorman and Co introduced smoke helmets, based on the principle of a deep-sea diver's breathing system. Air entered a helmet through breathing tubes, which were connected to a set of bellows at each side, operated by a second person. A neck curtain attached to the helmet was tucked into the firefighters tunic, providing a reasonably air-tight seal.

However, the equipment was very restrictive as firefighters could only go as far as the air hose allowed. 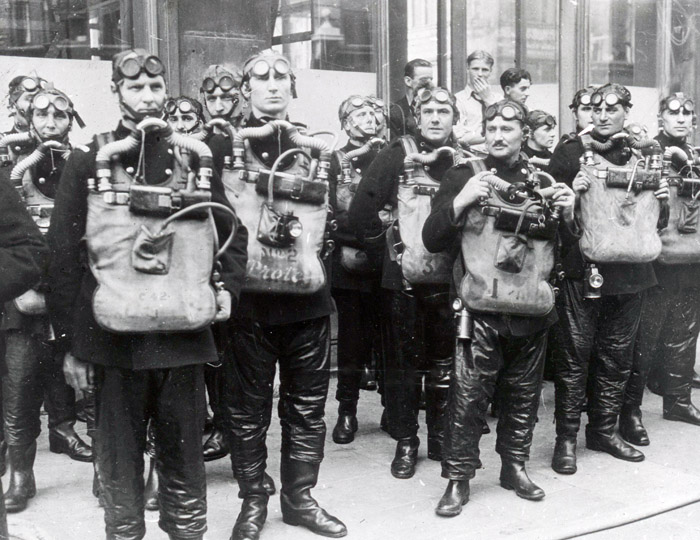 Technology was improving, and in 1914, Siebe Gorman and Co introduced a totally new concept in breathing apparatus (BA). Designed for use in mines it was called Proto.

It was a self-contained system, which consisted of a cylinder of oxygen and an air reservoir or breathing bag containing an absorbent, which removed the carbon dioxide; it was then mixed with a fresh supply of oxygen and reused.

The kit included a separate mouthpiece through which to breathe, a nose clip and rubber goggles to protect the eyes.

Although requiring special training, it was quickly adopted by the Brigade and issued to the Emergency Tender crews.

The benefit of this BA was that several firefighters could work together as a team when wearing the sets.

Over the years the Proto was modified on many occasions, with the final version, the MK V being introduced in the late 1950s, by which time all pumps were equipped with three Proto sets. 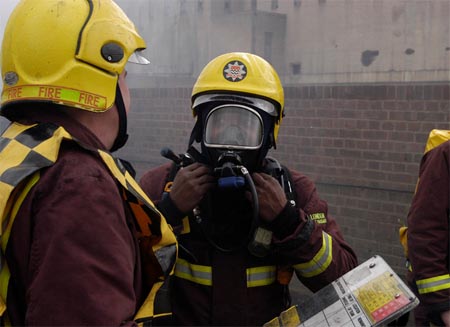 Becoming available to all...

In the 1960s a new type of breathing apparatus was trialled that used compressed air (CA).

The set provided approximately half an hour of air, however, when the wearer was working hard, the amount of time would be much lower.

The kit featured a full face mask, an air cylinder carried vertically on the back and the facility to allow the wearer to talk to other crew members

By the 1970s, CA sets were issued across the whole of the Brigade, eventually reaching the point where every crew member of a front line appliance had a set available to them. 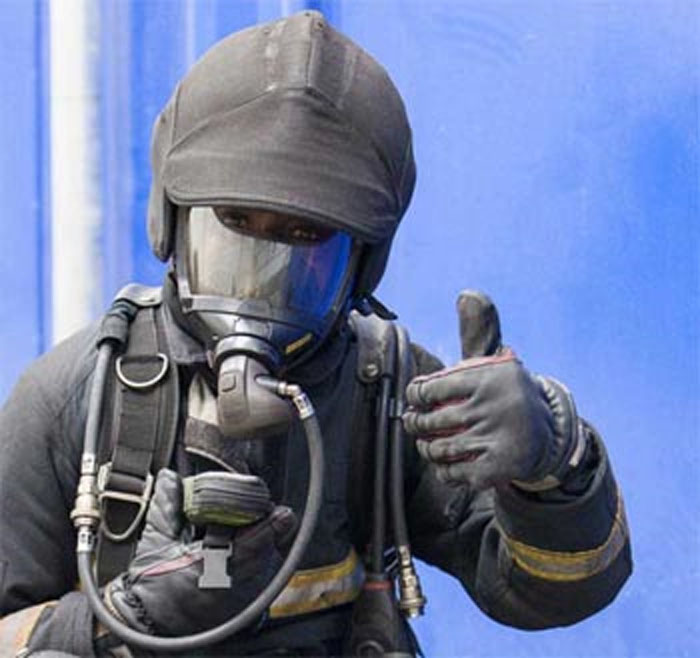 Modern compressed air BA sets are made by Draeger. They are lightweight and very easy to use and service.

We have a special unit who maintain our Breathing Apparatus – find out about them here.

The fire prompted the Brigade to alter its policy on firefighter breathing apparatus (BA).