has worked tirelessly over the past three decades to help change the face of London Fire Brigade.

"When I joined I remember thinking 'there aren't many people that look like me in this place and that has to change' and that is what I set about doing," she says.

"I'm not talking about giving people special treatment because of their race or gender. I don't want to see people being encouraged to join, knowing that those people will never be able to become a firefighter and setting them up to fail.

"This isn't a box ticking exercise. It is about having a workforce that is representative of the people it serves."

More than three decades later, there are now over 300 women firefighters and minority groups make up one in every eight operational staff – a drastic change from one in 700 in the early 1980s.

So what changed? Dawne thinks the Brigade has listened to feedback about the way it approaches recruitment campaigns.

"We have always been doing things to try and encourage women and black and minority groups but we have just gone about it the wrong way.

"In the past, when we were recruiting, we would put an advert in the paper and say 'we want women to apply' but we wouldn't have carried out any pre-work beforehand." 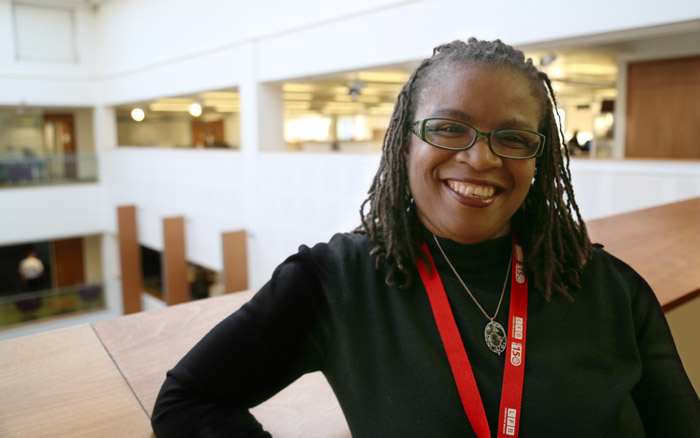 Nowadays the Brigade attends careers events and holds open days where women can learn more about what is expected of them physically.

"They didn't have the confidence to knock on the door and say 'I'm really interested in a career, can you tell me more?' and I think that has changed somewhat."

"A lot of firefighters who joined in the 80s and 90s would say the first time they ever stepped foot on a fire station was when they started training," adds Dawne.

However, the change didn't happen overnight.

Dawne and her team of Outreach staff worked tirelessly, attending secondary schools, universities, lifestyle shows and community events, such as the Notting Hill Carnival, Pride and Vaisakhi, as well as engaging with barbershops, hairdresser and nail shops ‒ anywhere people from underrepresented groups gathered ‒ to encourage the Brigade as a career choice.

"We had white officers in white shirts, looking like police officers, stopping black people asking them if they want to be a firefighter. As you can imagine, it didn't work.

"People need to see people that reflect themselves and for this type of job I think it is especially important.

"A lot of women and black and minority ethnic (BME) firefighters don’t realise that when they put on that uniform it sends a big message to people like them; it makes them think 'maybe I can do that too?'" stresses Dawne.

"It becomes a cycle. Those people that joined the Brigade because of the groundwork we put in, by visiting community and careers events, means those people have now become ambassadors and go out into the communities we are trying to reach." 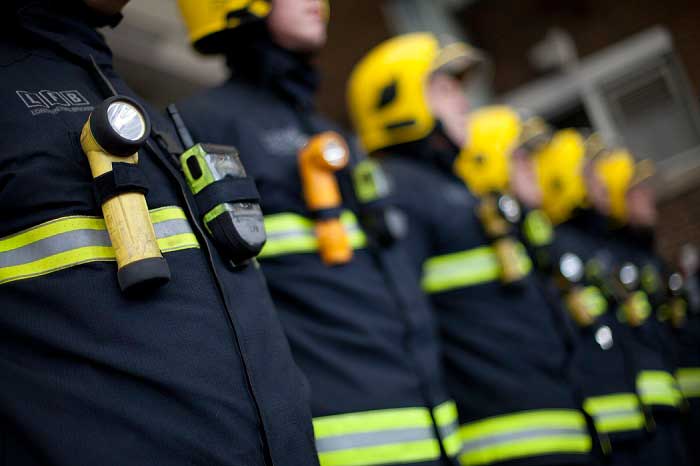 Although by Dawne's own admission the Brigade has "a way to go" to get to where it wants to be in terms of diversity, it is heading in the right direction – and not just on the frontline.

Women make up 45 per cent of fire and rescue staff (FRS) – office-based personnel – and 75 per cent of Control room staff, while BME staff make up about a quarter of all FRS personnel.

"We still have some work to do on educating young women, particularly those from black and minority ethnic communities, about the fire service and the various roles within the service.

"I think a big message is that you don’t have to be a firefighter forever, you can move around the organisation."

"Pre-internet days we would have a bank of telephones that we would have to press the button at nine o'clock to open the recruitment line – I remember it was that busy on a few occasions we almost knocked out the whole of BT in London!

"We would end up with a room full, floor to roof, with paper applications and it was a case of grabbing a pile and starting to sift through and shortlist.

"I think we are in the right place now with online applications. Most people have a computer, a mobile phone or access to a local library where they can get online and submit an application form."

As a result of all the changes the Brigade has put in place, Dawne remains optimistic and positive about the future.

"We've had peaks and troughs in the numbers of women and BME officers we have but what we, as an organisation, need to do now is keep the momentum we’ve worked for going.

"We need to recognise that we have had some successes in terms of creating a diverse workforce but we are still not in a position where women and people from black and minority ethnic communities are naturally drawn to think of the fire service as a career choice.

"When that happens, that is when I know the job is done."