Don’t be the cause of a balcony blaze, warn firefighters

Don’t be the cause of a balcony blaze, warn firefighters

Firefighters are pleading with Londoners not to cause a balcony blaze which could displace hundreds of people as lockdown continues and the weather improves. 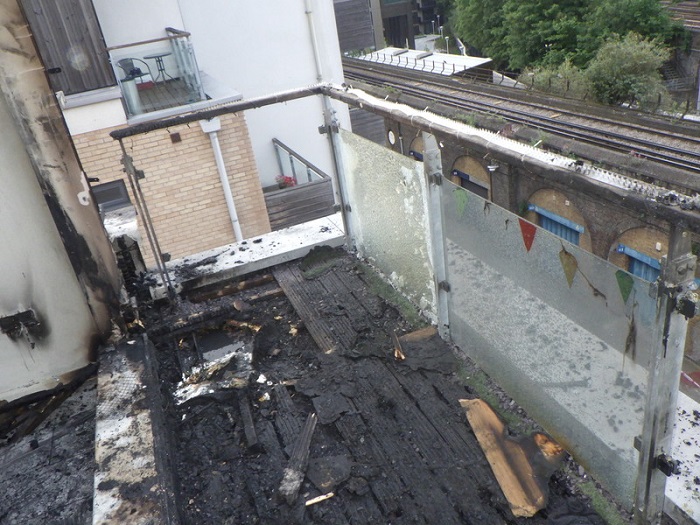 We're issuing the advice as the concern over fires on balconies increases ahead of the Bank Holiday weekend which looks set to be a scorcher.

Balcony fires can be devastating

Senior firefighters warn that balcony fires can be devastating as they can easily spread to adjoining properties, potentially leaving many people homeless if the fire is serious enough.

Many balconies have combustible materials as part of their construction and there are often combustible items stored in outside spaces so if a fire starts it can spread quickly.

Another worry is that wind can fan or carry smouldering ignition sources such as cigarettes and embers from barbecues to lower or adjacent balconies.

Please don't barbecue on your balcony

We're so concerned about the issue that Deputy Commissioner Richard Mills is writing to a number of manufacturers and retailers highlighting his concerns about barbecues which are being specifically marketed for use on balconies.

Deputy Commissioner Mills said: “These balcony barbecues are a staggeringly irresponsible idea and are being marketed carelessly, with hardly any thought as to how dangerous they are.

“They are an accident waiting to happen and they are even being advertised with images of wooden balconies and with the suggestion customers have a fire extinguisher nearby.

“There are many hazards which can cause balcony fires and they have the potential to be devastating with highly damaging consequences – with a risk to life and the potential for not just you but your neighbours to lose their homes.

“We understand people want to enjoy their outside space if they have it, especially at the moment while we are all spending more time at home, but please don’t think it won’t happen to you, because it can.

“We are attending on average almost four fires on balconies every week, and that figure is likely to be much higher during warmer weather.

“Don’t be the reason you and your neighbours end up looking for somewhere else to live because of your cigarette or barbecue.”

There have been more than 550 balcony fires across London in the last three years.

Large fire on balcony in Deptford

Yesterday evening, a barbecue caused a large blaze at a block of flats in Deptford.

Fortunately the residents of the affected flat escaped uninjured but around 100 people were evacuated from the building by firefighters due to the amount of smoke. Around half of the residents are likely to be permanently displaced and are being rehoused by the local housing association.

Balcony safety tips to keep you and you neighbours safe