London Fire Brigade’s trio of four-legged fire investigators will be serving the capital for another year after passing their latest certification.

English springer spaniels Simba and Watson make up the Brigade’s team of Fire Investigation Dogs, along with cocker spaniel Sherlock who is moving into semi-retirement, while still providing cover for the team when needed.

Dogs have been part of London’s Fire Investigation Team since 2000 and they are trained to identify a variety of ignitable substances to assist with criminal investigations and help to determine whether a fire has been started deliberately.

The Brigade’s canine colleagues, also known as hydrocarbon detection dogs, attend incidents with their handler and on average are used around six times a month. They are never sent into hot fire scenes and wear special boots when investigating to protect their paws from any shards of glass or other sharp objects. 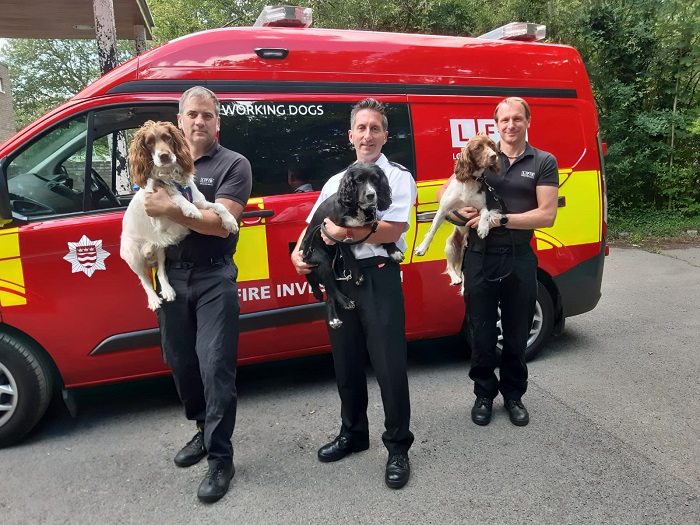 Dogs can identify much smaller amounts of substances (such as petrol) than the portable equipment Fire Investigation Officers carry and they can do it much quicker. They reduce the time spent at a fire scene and reduce the costs in processing samples, where an accelerant has been positively identified, due to the dogs being able to accurately search a large area in a short space of time.

The Brigade’s fire dogs are selected at a young age based on their drive for play and follow a positive reinforcement training programme, which rewards them with a tennis ball each time they detect one of their target substances.

Each year, all the dogs have to undertake a day of certification training to ensure they are all still up to the job. This year’s took place at the Fire Service College earlier in the summer and despite a hot and challenging day, all three dogs performed well and passed their certification.

Watson is the Brigade’s newest Fire Investigation Dog and this was his first certification. One-year-old Watson joined the team at the end of last year. He came from a litter bred by the Metropolitan Police Service and was gifted as part of a blue light collaboration scheme. As the newest team member, Watson is still learning but has already attended incidents. He is currently sponsored by the law firm Leigh Day, which is supporting the costs of his upkeep including care, food, training and vet bills. 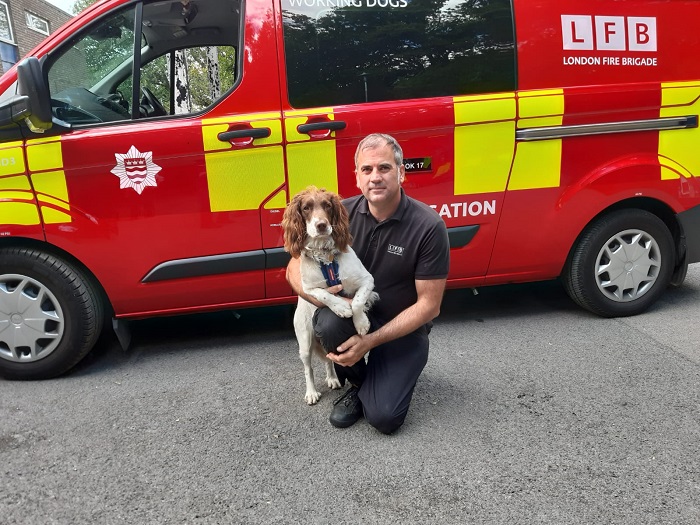 Three-year-old Simba has been with the Brigade for just over two years and this was his third certification process . Last year, Simba helped to bring murderers to justice after finding that accelerants had been used at a fatal fire in London. He indicated multiple points where an accelerant was found and his work at the scene helped with the police investigation. He and his handler Anton are acting as mentors to newbie Watson to help him learn the ropes.

Sherlock is the Brigade’s longest serving dog and this was his seventh certification. Seven-year-old Sherlock has had a distinguished career including attending hundreds of incidents, meeting royalty, an Animal Hero Award and even has his own book. Sherlock is now semi-retiring from Fire Investigation and focusing on his role as a Brigade ambassador. He will still be called upon by Fire Investigation when needed, but he will mainly be promoting fire prevention at community events with handler Paul and encouraging children to take fire safety seriously. 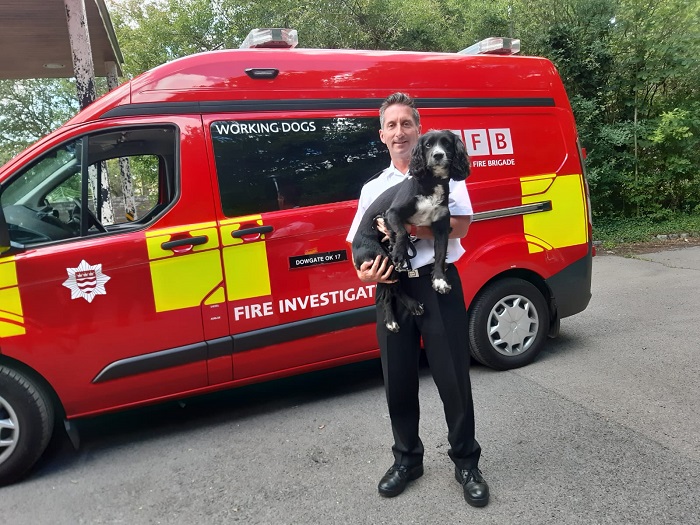 The Brigade’s Deputy Assistant Commissioner for Fire Safety, Charlie Pugsley, said: “On the day of their certification, the Chief Examiner said all three dogs are a credit to London Fire Brigade and we couldn’t agree more.

“They are a hugely important part of the team and an asset to the Brigade.

“As well as the vital work they do sniffing out the causes of fires, their work always fascinates members of the public and makes children and adults alike want to engage with us and talk about fire safety and prevention.

“We’re very proud of them and their handlers too, of course.”