Two Brigade staff have been recognised in the Queen’s 91st birthday honours list.

Micky, who is based in Central Operations, will receive the honour for services to the fire and rescue service and the BME community in London.

Malcolm has been awarded for services to the safety of firefighters and the protection of the public.

Micky said: “I am proud to accept this honour in recognition of my fire service career so far. 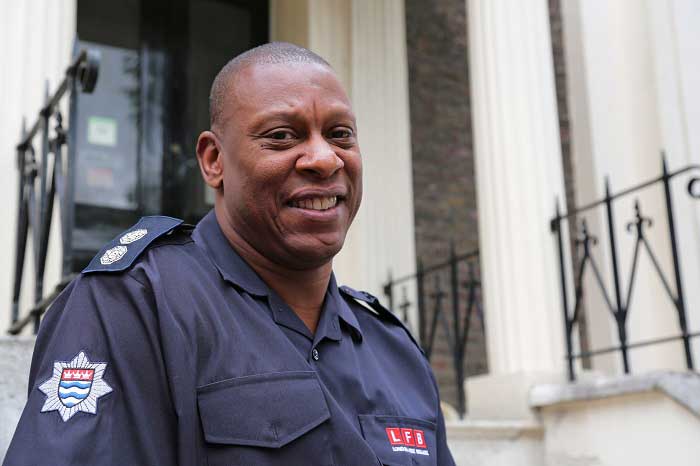 “I am immensely proud of working for the Brigade, no more so than after the tragic events at Grenfell Tower on Wednesday.

“In accepting this honour I also want to thank all my work and union colleagues who have supported me, especially the people who have been beside me as we continue to take on the challenge to ensure the fire and rescue service is inclusive for all.”

Malcolm, who lives in Wigmore in Kent, retired as an operational firefighter in 2001 and has worked in other roles within the fire service since then.

The 66-year-old said: “After the terrible events at Grenfell Tower, receiving this award is bittersweet as the team and I feel very sad about what happened there.

“I feel very fortunate to have worked in the fire service for 50 years. It hasn’t sunk in yet at all, I couldn’t believe it. The day before it was my birthday, so when I first heard I thought it was a prank.

“The team are always good for playing tricks, so I thought it was just another one of them. My wife then looked up some details and it became clear it was true.

“I’m so proud to receive this and so is my family.”

London Fire Commissioner Dany Cotton said she is delighted by the news and congratulated them both on their success.