Simulated blaze on one of the prison wings

Around 100 firefighters, 12 fire engines and specialist vehicles were called to deal with a simulated blaze on one of the prison wings. The scenario involved  a series of fires that broke out on the second and third floors of the building, leaving the prison block heavily smoke logged and a number of inmates in need of rescue. 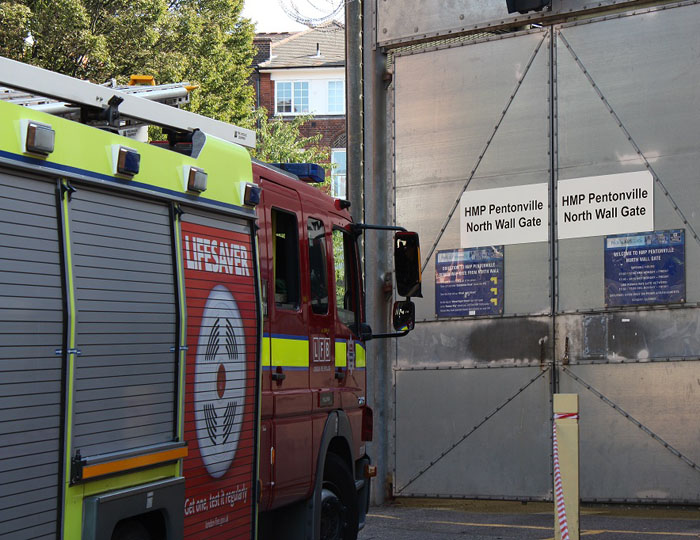 To make the exercise as realistic as possible, synthetic smoke was used in the prison wing and volunteers from the Casualty Union played live casualties in need of rescue. Firefighters who were all wearing breathing apparatus, conducted a systematic search of the premises for inmates that were unaccounted for and extinguished the blaze.

Prior to the exercise starting, the prison tested its internal evacuation procedures and inmates were temporarily relocated from the prison wing whilst the exercise took place.

Patrick Goulbourne, Borough Commander for Islington who was in charge of the exercise, said: "It is crucial that our firefighters are prepared to deal with a wide range of emergencies and this is one of a number of large scale training exercises that we carry out each year. 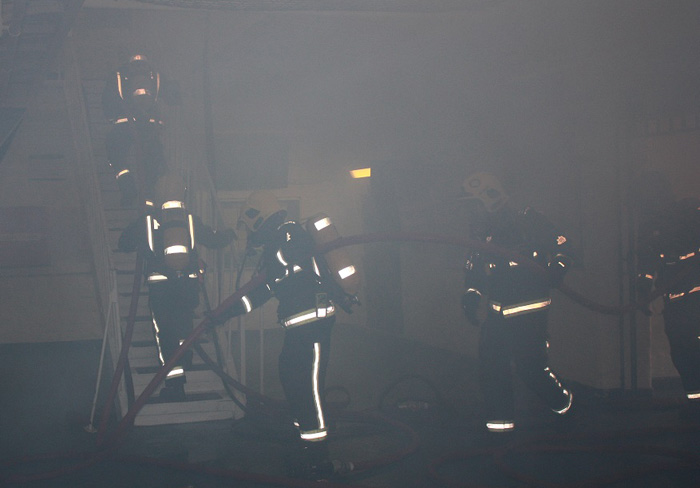 "The exercise gave crews and officers the opportunity to put into practice the knowledge and skills needed to tackle a well developed fire in a prison environment, taking into account a range of challenges include access, rescues and the use of prison keys while wearing breathing apparatus.

"Exercises like this also provide an excellent chance for the Brigade to test our response alongside other agencies in the event of a major incident, which is a key part of the Joint Emergency Services Interoperability Programme. We are extremely grateful that Pentonville allowed the exercise to take place and give our crews valuable and realistic training opportunity."