The London Fire Brigade has a history of raising awareness about fire safety in the community. Sara Perez manages the Brigade’s Education Team and the Fire Cadets programme, both of which reach out to vulnerable children and young people.

Sara worked in direct sales before joining the Brigade’s Education Team as an Education Officer in 2001; however, it wasn't a career that she felt she wanted to pursue.

"For every product I sold in direct sales, it made somebody else at the top of that company richer and that thought didn't really inspire me.

"As an Education Officer I was still selling, but instead of a product it was an education, which would potentially save a life and make a real difference.

"That is what continues to motivate me to get up and come to work every day." 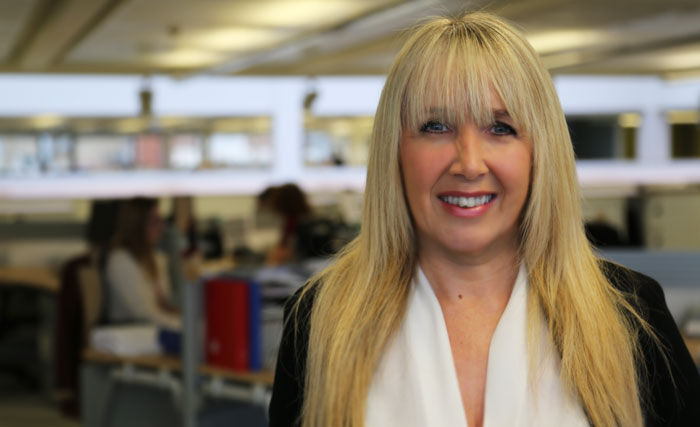 The Education Team was set up in 2001 with a dedicated team of 15 Education Officers to go out to primary schools and teach children about fire safety through workshops and play.

The team came from a variety of backgrounds, including a banking professional, a doctor's receptionist and even a children's clown. However, they all had the necessary skills and experience required to ensure they got potentially life saving messages across to their young audience.

"The most important attribute of someone who works in the Education Team is a desire to make a difference by imparting knowledge about fire safety," said Sara. "It is that passion that continues to drive the team forward every day."

Teaching Fire Safety
By 2008, with Sara as the Education Team’s manager the team’s resources were reviewed, updated and digitised, which included creating new animations, fun quizzes and games.

"Teaching fire safety is completely different to delivering any other type of education, which is why having the right tools is so important.

"When you are teaching fire safety you have to get it absolutely right - the first time.

"If your delivery isn't right, there is a huge risk you could cause children to get unhealthily excited about fire or you could really scare them."

In 2011, following requests made by Borough Commanders and local schools, the Education Team started hosting fire safety workshops in secondary schools as well as primary schools.

"Educational material that were more relevant to the age group were developed by the team, and the core messages of prevention, detection and escape was expanded upon to incorporate important messages about hoax calls and anti-social behaviour."

Helping young people
By early 2013, Sara began managing the Fire Cadets programme, a London-wide scheme that helps young people between the ages of 14 and 17 learn inter-personal skills as well as firefighting techniques.

The scheme has helped nearly 400 young people since being launched and relies on 120 adult volunteers from the community to help run the programme.

More recently, in 2015, Sara has overseen the introduction of 'fire station schools education packs', which enabled firefighters to complement the work the Education Team delivers in very high and high risk priority schools, and allows them to go to low and medium risk priority primary schools raising fire safety awareness with more children across London.

"The two biggest things that I personally get a lot of satisfaction from in my role are the ongoing development of digital resources for the Education Team and developing the Fire Cadets programme across London, which continues to go from strength to strength.

"Whether it is through educating a child and helping prevent them from being in a house fire or through my work with the Fire Cadets programme, I know the work the Brigade does with young people actually does change lives.

"That’s what I will continue to try do throughout my career in London Fire Brigade."